This Is Going To Hurt – a memoir by Adam Kay who chronicled his time working as a doctor in maternity healthcare – has been adapted into a BBC television series.

After the book received rapturous praise, selling more than 1.5 million copies and being translated into 37 languages, the TV show was touted for great success too.

However, since its release last week, many have said it’s dredged up difficult memories of childbirth and being in a hospital, while healthcare professionals overlooked them or failed to take them seriously.

The protagonist – which follows Kay’s own experience and is played by actor Ben Whishaw – issues wisecrack quips, often at the expense of women; Nurses, female doctors, mums.

Some of the language people have issues with includes “brats and twats”, “we’ll have you nicely sewn up in no time”, and “See one. Fuck one up. Teach one” – the latter being Adam’s mantra for teaching a junior doctor.

While some appreciated that people often use humor as a coping mechanism for difficult times – it’s worth noting that Whishaw’s character does two consecutive 12 hour shifts – others have found the portrayed to speak to the “condescending” nature of some doctors.

Ben Whishaw as Adam in This Is Going To Hurt.

Instagram page Parenthood in Mind, whose admin is psychologist Julianne Boutaleb, wrote: “I hated that so many of the words and scenarios that women and their partners have described to me over the years in their births were used here to comedic effect.

“I hated the fact that the women were so dehumanised. No names. Nothing to distinguish one bump or body part from another.

“I hated the fact that the registrar’s suffering was centered over that of his patients. I hated the casualness of each traumatic encounter.”

Illiyin Morrison, a midwife who runs the Instagram Mixing Up Motherhood, accused the show of “misogyny and patriarchal humiliation”.

“I am at the end of my pregnancy, I have suffered birth trauma,” she added. “I am a Black woman, that despite it no longer trending, still runs a significantly greater risk of dying during this period of my life due to the exact systems that are portrayed on programs like this, due to the ignoring, belittling, gaslighting and harmful rhetorics that are pushed by programs like this.”

The Royal College of Obstetricians and Gynaecologists shared a wellbeing resource over the weekend, saying the show “exposes harsh realities” which may be triggering for those who’ve had difficult outcomes.

Doctors, nurses and mums also took to social media to lament and criticize the state of healthcare.

I was a junior in O&G in 1987. 1 in 2 rota. I cannot watch this as it will take me back to one of the darkest bits of my professional life. I think @amateuradam should have considered impact on current staff and patients who have enough stress as it is

Don’t you think those who have experienced birth trauma and/or loss deserve a content warning like that which exists for sexual violence and even strong language? These are some of the most traumatic experiences many will face in their lifetimes.

I’m sure it’s very good but I’ve had to block social media ads for This is Going to Hurt as I find it so triggering. As someone who is still coming to terms with my birth not going to plan the scene in the ad feels a little…trivialising? (I’m sure the show is excellent)

One mum who’s read the book but hasn’t managed to bring herself to watch the TV show depiction – which shares explicit visuals – is 41-year-old Laura Pearson.

The mum and author from East Midlands said the book used women whose births (or birth plans) didn’t go to plan as set-ups for jokes.

“The book reflects what it’s like when you take your birth plan into hospital and they practically laugh at you. I get that things don’t go to plan, but why make people write one if they’re not going to refer to it?” she says.

Pearson appreciates that for some parents, it would be a simple reminder of a time that was hard but produced happy memories. For others, it’ll be different. 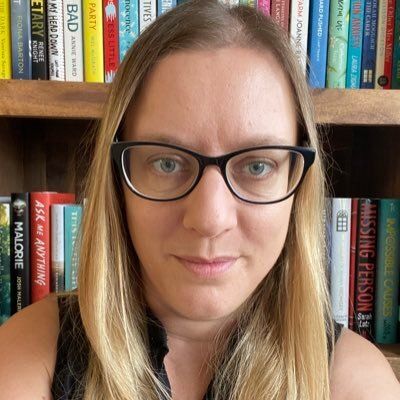 “Everyone is different, some people love watching One Born Every Minute after having kids and others can’t bear it,” she says. “I’m sure some of it depends on how straightforward or traumatic your own births or births were.”

Pearson was induced with both of her children and describes the births as “hideously painful”.

“What I found was that the same procedure (such as being checked to see how dilated you are) could be painless on one occasion and painful on another, based on how prepared you were for what was about to happen,” she says. “I really came to appreciate the staff who introduced themselves, told you what they were going to do and asked if you were okay with that. It should be a given but it’s not.”

In the book, Pearson felt there were parts where the author was dismissive of the women in his care.

“I imagine if the show follows a similar pattern it could be a difficult watch for anyone who’s lived through that experience,” she says. “You feel massively out of control having a baby, and sometimes the birth plan you made when things were calmer feels like all you have to cling onto. If that plan goes awry, that’s one thing. But if it’s mocked, that’s just cruel.”

to reset relations with Tehran, Biden should overcome a protracted legacy of distrust at house