Warning: This article contains spoilers for the latest episode of The Masked Dancer.

Louise Redknapp is the second celebrity to be revealed in The Masked Dancer.

The former Strictly Come Dancing contestant appeared in the ITV guessing game disguised as a flamingo, in which a panel has to uncover the star based on a series of clues and dance moves.

Other guesses about her identity were Maya Jama, Dani Dyer, and Lisa Snowdon.

Louise had faced Rubber Chicken during the show on Sunday night.

Speaking to Joel Dommett after taking off her mask, she said it was fun to do after locking, adding that it “put a massive smile on my face”.

Louise, who reached the final of Strictly 2016 with her professional partner Kevin Clifton, admitted that “dancing in the make-up was a little harder”.

“The head of the mask was so big that I found it difficult to really give it everything I wanted,” she said.

“It wasn’t that easy, unfortunately, but it was really fun and nice to know that people didn’t know who was under the mask.” 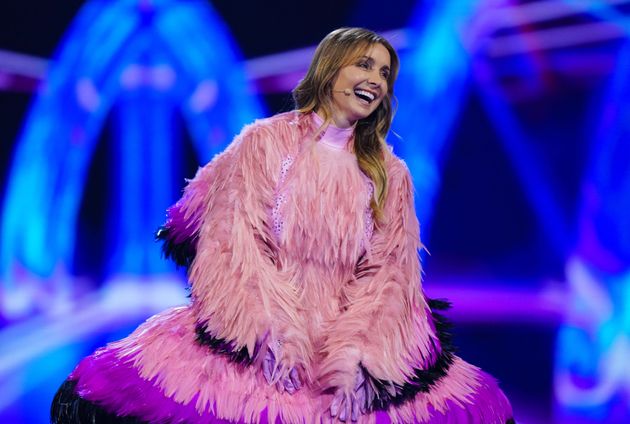 Kieron McCarron / ITVLouise Redknapp was behind the mask

Diversity star Jordan Banjo became the first celebrity to be exposed on the show on Saturday.

The professional dancer who danced as the Viper told ITV that “a part of me was gutted” to be the first star to be eliminated from the competition, but added that he was also “relieved” for his time to have shortened at The Masked Dancer.

Panelists Mo Gilligan and Oti Mabuse had suggested Jordan might be behind Viper’s snake mask, while others suggested it might be former Love Island star Tommy Fury.