Helen Skelton has admitted she was in two minds about signing up for this year’s Strictly Come Dancing after splitting from her husband of nine years.

Back in April, the former Blue Peter presenter announced that she and rugby star Richie Myler – with whom she shares three children – had parted ways, telling her Instagram followers at the time: “Very sad to say that Richie and I are no longer a couple. He has left the family home. We will be doing our best to co-parent our small children.”

Just four months later, Helen was announced as one of 15 celebrities taking part in this year’s series of Strictly, which she revealed during a new interview with The Telegraph was not an easy decision.

“I was talking to my best friend about it and I was like, ‘I’m not sure, there’s the kids and the press and it will be full-on’,” she recalled.

“And she just went, ‘What at*t! You’re going to get paid to dance around with a fit guy, people are going to put make-up on you, and you’ve got to work. It’s not real life, is it? Why wouldn’t you do it?’.”

Helen ultimately decided it would be “disrespectful” to turn the BBC show down, and said yes in the hope it would allow her family to see her “have a great time”.

The Countryfile host said: “When you’ve got kids, if they’re happy, you’re happy. My kid scored a hat-trick this week, and I was like, ‘Oh my God!’. And then I thought, ‘Oh, I do that to my mum and dad’.

“You don’t get it until you’ve got your own kids, do you? It gives you a different perspective.”

Prior to this year’s Strictly launch, Helen told HuffPost UK of her decision to sign up: “I just wanted to do something fun! It was a good chance for my family to see me smiling. And it’s a fun adventure.

Helen has been partnered with professional dancer Gorka Marquez on the current series of Strictly, and while the pair have consistently received pretty good scores, she was told by the judges last week to work on her confidence and self-belief. 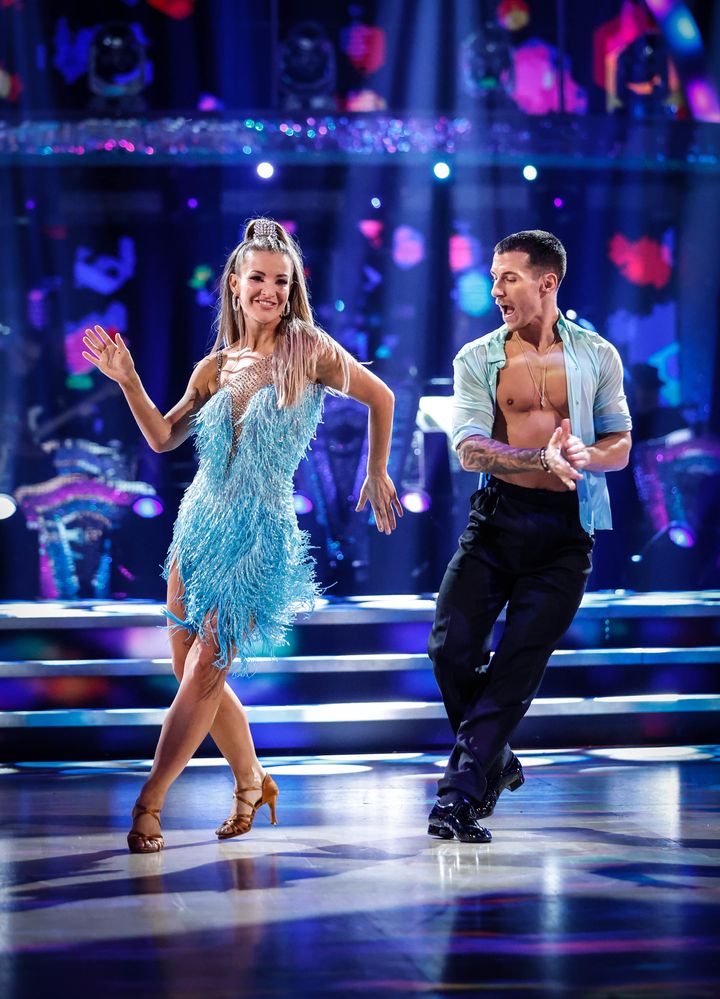 Helen Skelton and Gorka Marquez on the Strictly dance floor

After they received their critiques on Saturday night, Gorka took a moment to give his celebrity dance partner a pep talk on air, telling her: “I know you’ve been made to feel like you’re not beautiful or good enough or anything, but if you don’t believe in yourself, I believe in you. Everybody here believes in you, your family believes in you.

“It doesn’t matter how many times I say it or the judges say it, you are the one who needs to make the change and believe in you, because you are a very inspirational woman and amazing mum and a brilliant dancer.”

This week, Helen will be paying homage to her old stomping ground with a routine inspired by Blue Peter as part of Strictly’s one-off BBC 100 special to commemorate the broadcaster’s centenary.

Strictly Come Dancing continues on Saturday night at 6.40pm on BBC One.

who's in and who's out within the race to switch her?