Ellie Simmonds has become the sixth celebrity to be eliminated from this year’s series of Strictly Come Dancing.

Over the weekend, the Paralympic swimmer landed in the bottom two alongside CBBC presenter Molly Rainford, despite them being in fourth and third place on the leaderboard during Saturday night’s live show.

After the two stars performed their routines for the second time, the judging panel unanimously said that while they’d been impressed with both of them, they wanted to save Molly.

Reflecting on her time on the show, the gold medalist told Tess Daly: “I’ve literally had the time of my life. It’s been the most incredible experience – life changing really.”

Turning her attention to her dance partner Nikita Kuzmin, Ellie continued: “He’s changed my life. We’ve had the most amazing days. We’ve had not just dancing days – but days we’ve just spoken for hours.

“The confidence you’ve given me – I seem confident but you know what I’m like, I worry about everything so so much and we’ve literally represented everything.

“We went out there any danced our life out every single night and I loved it so much.” 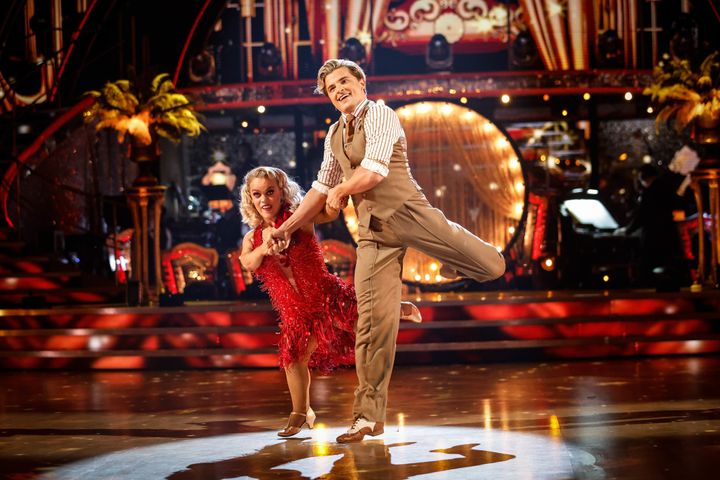 Ellie and Nikita dancing the Charleston together

A tearful Nikita then said: “I am a bit disappointed as I wanted Ellie to have a bit more time on this TV show, I know how much it means to her.

“I’m really happy that this journey has been with [Ellie], because she has taught me so much, so much empathy. I’ve learned so much in these seven weeks.”

“I love you Els,” he added. “I just want to tell you every single person in this room loves you.

“That is just to say how much of a beautiful human you are, you spend time to go to each person inside this room, you care about everybody, you are just such a wonderful human and I am so glad I’ve had the chance to dance with you.”

Nine Strictly couples now remain in the competition, with the next live show airing on Saturday night at 6.55pm on BBC One.

how the town's arts scene turned a life assist community

is it secure in your metabolism?