Rebekah Vardy has issued a statement saying she is “devastated” after a judge ruled against her in the so-called “WAGatha Christie” libel case.

Back in October 2019, Coleen Rooney published a now-infamous post on social media claiming that fellow footballer’s wife Rebekah’s Instagram account was the source of several “false stories” about her being leaked to The Sun.

Rebekah subsequently sued Coleen for libel, in a trial which took place over a week in May of this year.

On Friday afternoon, a judge ruled in favor of Coleen, with Rebekah speaking out shortly after the verdict was made public.

″[I am] extremely sad and disappointed at the decision that the judge has reached,” she said. “It is not the result that I had expected, nor believe was just. I brought this action to vindicate my reputation and am devastated by the judge’s finding.

“The judge accepted that publication of Coleen’s post was not in the ‘public interest’ and she also rejected her claim that I was the ‘Secret Wag’. But as for the rest of her judgment, she got it wrong and this is something I cannot accept.”

Rebekah also called to an end to the “vile abuse” she and her family have been subjected to since things between herself and Coleen came to a head in 2019.

“Please can the people who have been abusing me and my family stop now,” she urged. “The case is over”

Meanwhile, Coleen has also spoken out to say that while she was “pleased” with the decision, she “never believed” the matter should have gone to court.

“It was not a case I ever sought or wanted. I never believed it should have gone to court at such expense in times of hardship for so many people when the money could have been far better spent helping others,” she said.

“Both before and after my social media posts in October 2019, I made every effort to avoid the need for such a drawn-out and public court case. All my attempts to do so were knocked back by Mrs Vardy.” 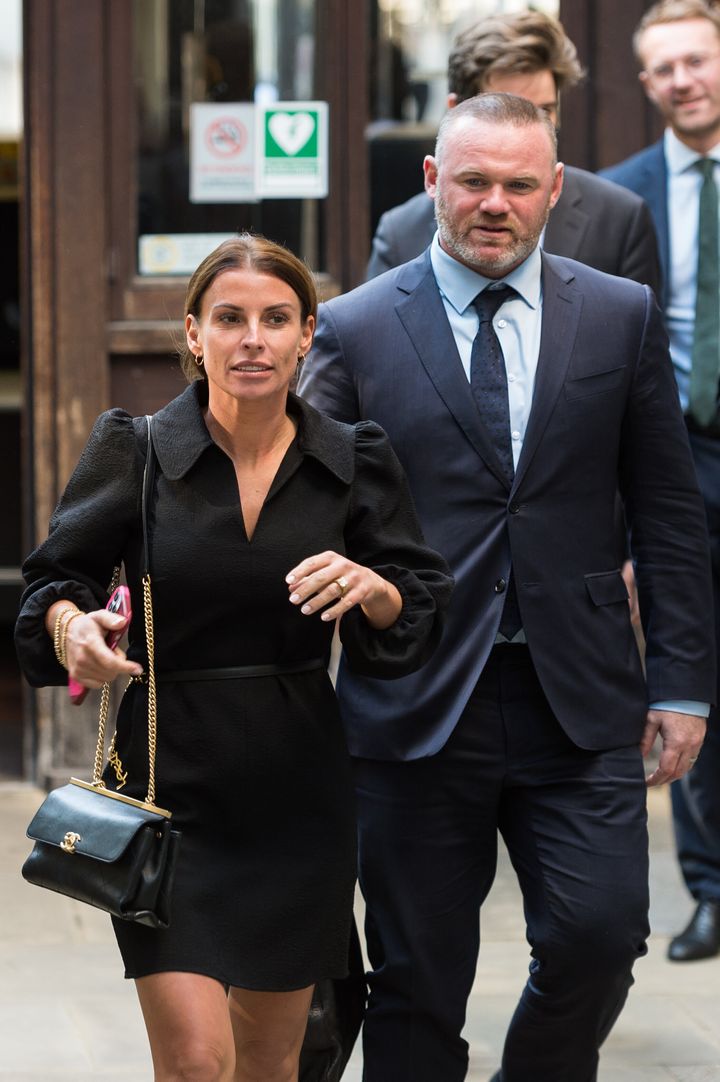 Coleen claimed she had “no alternative” but to defend the claim “to end the repeated leaking of my private information to The Sun”.

She added: “These leaks from my private Instagram account began in 2017. They continued for almost two years, intruding on my privacy and that of my family. Although I bear Mrs Vardy no ill-will, today’s judgment makes clear that I was right in what I said in my posts of October 2019.”

Judge Mrs Justice Steyn said in her ruling it was “likely” that Rebekah’s then-agent, Caroline Watt, “undertook the direct act” of passing the information to The Sun.

However, she added: “Nonetheless, the evidence … clearly shows, in my view, that Mrs Vardy knew of and condoned this behavior, actively engaging in it by directing Ms Watt to the private Instagram account, sending her screenshots of Mrs Rooney’s posts, drawing attention to items of potential interest to the press, and answering additional queries raised by the press via Ms Watt.”

She concluded: “In my judgment, the conclusions that I have reached as to the extent to which the claimant engaged in disclosing to The Sun information to which she only had access as a permitted follower of an Instagram account which she knew, and Mrs Rooney repeatedly asserted, what private, suffice to show the single meaning is substantially true.”

Mrs Justice Steyn found that Rebekah Vardy’s evidence in the trial was “manifestly inconsistent” with other evidence on “many occasions”.

how does the UK's energy to push again towards the rising superpower actually evaluate to that of the EU?