From his early years as co-host of T4 to his nine years on Radio 1, Nick Grimshaw really rose the ranks to become one of the UK’s most famous and beloved broadcasters.

For Pride month, we sat down with Nick to talk about the queer movies, TV moments, and music that have touched him over the years.

During our Over The Rainbow interview, Grimmy spoke about the struggles with his identity he experienced as a young gay person – and revealed how Mary Portas played an important role in one of his favorite Pride memories …

My favorite Pride memory of all time was 2017. It was the first London Pride I went to with my friend Amy, who is a New Yorker and a great ally of the LGBTQ crew.

We went to see Jonny Woo perform this performance in a hotel lobby around 11am on a Saturday. And he did a drag number as Mary Portas … as a rapper. It was pretty abstract and so funny that Jonny Woo did the whole song with that ginger bob. And Amy – as a New Yorker – said, “Who the hell is Mary Portas?” So I Googled Mary Portas and showed her.

Anyway, we finished with that and were both hanging up for Pride later that day, so we thought, “Let’s have some lunch and go out again.” And on the way to lunch we passed the actual Mary Portas. So I had to leave like “Shut the car!” Made the cab driver stop and I ran across the street and grabbed Mary Portas – who I don’t know – and had her come to the cab to say hello to my friend Amy .

I told her about the Jonny Woo drag show and thought she was really excited, but she said, “Oh, is he still doing that old sketch ?! He has to get new material! ”. Just unbelievable. 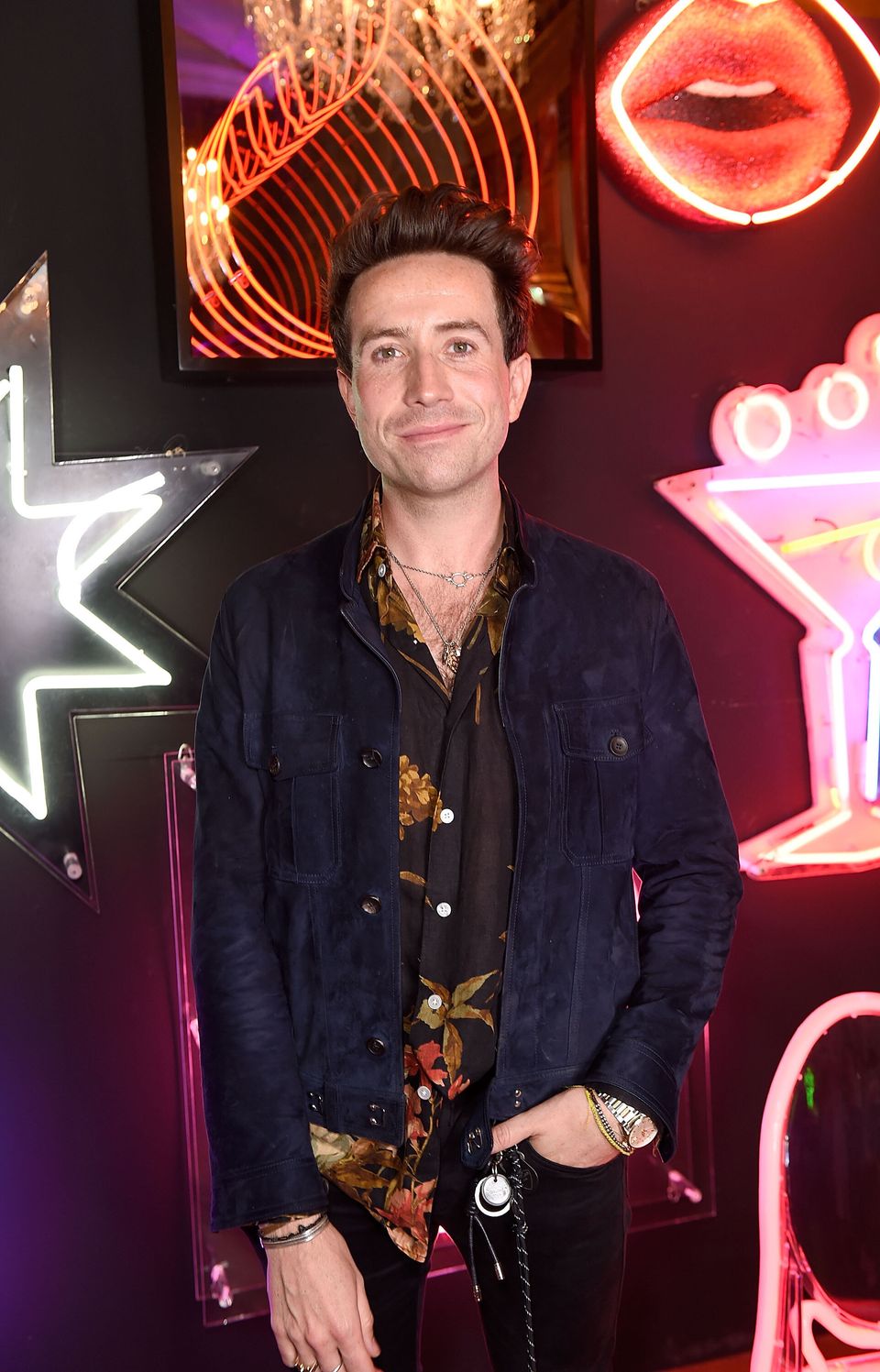 Who is your LGBTQ hero?

A current LGBTQ hero of mine is the poet, activist and model Kai-Isaiah Jamal. Her poetry and activism explore identity, and identity is something I know that I struggled with as a young person.

When you grow up you’re kind of conditioned to think that it’s somehow not normal to be gay or part of the LGBTQ spectrum. And you spend a lot of time maybe feeling a little shitty or looking for those heroes or just wishing you were “normal” like everyone else. And Kai really shatters that notion in everything they do.

You did this interview a while ago and said something that really stuck in my mind and that I would have liked to hear when I was younger. They said, “You will become the mirror you need and I hope that you are proud of your reflection.”

Going out and dancing is really important. I think when you’re younger and going out, go to a gay club and see gays on the dance floor who aren’t afraid to be themselves, girls who look like boys, or boys who look like girls, or girls who are with Getting along with girls is quite empowering when you’re a young gay person. So the dance floor is a really important place for you to express yourself and get your life.

It’s hard to pick just one song, but if we could go to a club and play Pride Bangers now, I’d choose Immaterial by Sophie.

I would say moonlight. I love a coming-of-age movie and this one takes a lot. It takes on masculinity and breaks the stereotypes of masculinity, and it’s so intimate that it’s really captivating.

I’m someone who struggles to sit down and watch a movie – I don’t have the attention span to do it – but it’s instantly engaging and so emotional. You meet this child who is going through these struggles and phases of his life. I don’t know, there is a lot of stuff that spoke to me when I saw it. 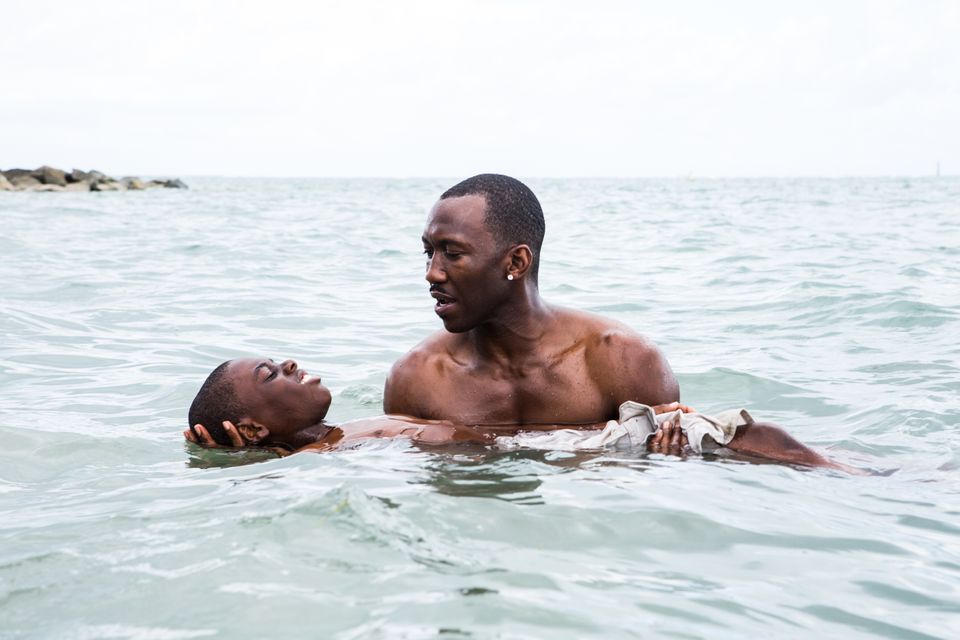 What was an LGBTQ TV show or TV moment that made you feel represented?

There was Queer As Folk, but it was late at night and I was maybe a little too young for that. It felt like something I was a little scared of at that age, it was a little inaccessible to me, but I was a teenager. I’ve seen it since and I really love it.

Now when I watch Drag Race on TV I actually feel a real sense of pride. I love the art and the craft and the effort and the drive and the journey … these drag queens are like punks, you know? You have to go out there and start every fucking night and do a show and perform in these clubs. So when it gets to the point of being in Drag Race, being celebrated and making money, I love it.

My favorite drag race queen? I love Bimini Bon Boulash. I find bimini really smart and very refreshing. They have many opinions and represent so many people and so many different spectrums and different areas of life. 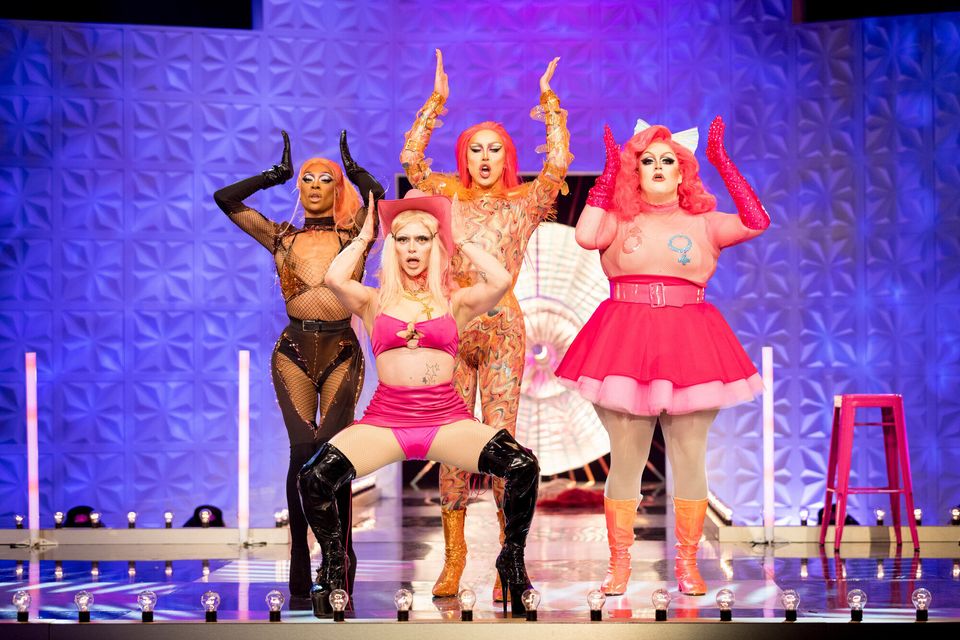 Who would be your ultimate queer icon?

I am obsessed with Divine. I just love that completely messy, rebellious punk attitude that Divine had and its extreme qualities [compared to] normal life in the 80s. You are just everything, aren’t you? So extreme and so incredible. I love what they stand for, what they look like and all the crazy shit they did.

And the other person would be Madonna. I think I remember Madonna being as famous as a kid as a religion or the royal family or something. She felt more like a person, she was so famous in the 90s.

I remember seeing her on TV when I was younger talking about homophobia. Someone asked her something about what she thought of alienating fans who don’t know or have anything to do with the gay world. And she said, “This is their problem, and they do. This is a real thing that exists and if you have a problem with it, this is your problem. “

She was radical back then as she was the most famous person in the world, and she spoke at a time when it wasn’t cool to be awake to the plight of others as it is now and it could have been detrimental to her career.

Madonna has advocated a lot of gays, and she’s an outsider too, so I think she was able to sense some kind of synergy or relationship. She had a politicized voice, she had something to say in her videos, her music and her interviews. And now everyone has something to say – but that didn’t exist in the pop arena before Madonna. 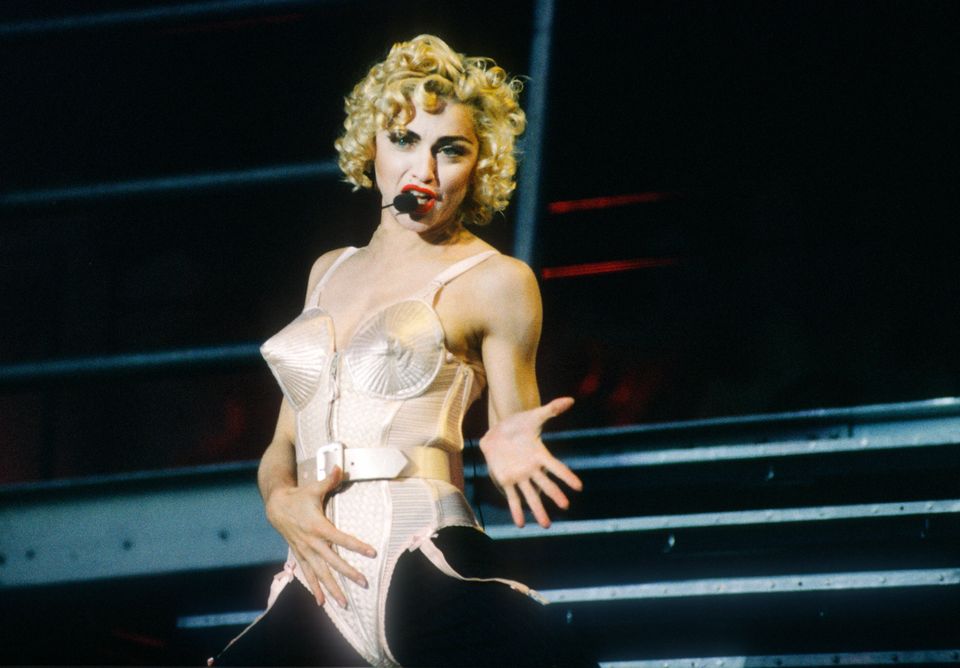 What is your message to LGBTQ young people this month of Pride?

I want to keep it simple and just say, “You are loved”.

This interview has been edited for clarity and length.