Michael Gove has denied claims by Dominic Cummings that his department was “terribly shitty” in the early days of the Covid pandemic.

Boris Johnson’s former advisor announced that he was collecting the answer to the Cabinet Office response while working on Downing Street in March 2020.

Cummings, who made a series of bombing claims at a Commons committee hearing on Wednesday, read a text he sent to Johnson calling on the Prime Minister to press ahead with the first lockdown.

He said it read, “We have big problems. The cabinet office sucks. ”

Gove, who testified to MPs on the Public Administration and Constitutional Affairs Committee Thursday, said Covid had “lessons to learn,” but stressed that he did not accept Cummings’ criticism.

The cabinet office, which coordinates the work between governments, is expected to assess the risks to the public through the national risk register.

Tory MP William Wragg, chairman of the committee, asked the Minister, “Do you agree with Mr. Cummings’ assessment?” To which Gove replied, “No.”

Prime Minister and Health Secretary Matt Hancock, who Cummings said should be fired, have denied allegations that the pandemic response has been botched.

It is common that the government did not provide enough personal protective equipment (PPE) or barriers early enough.

Cummings claimed tens of thousands of people died unnecessarily and the government allowed people infected with Covid to be released into nursing homes.

Fighting for his career, Hancock told the Commons that he lied that these were “baseless allegations” and “not true”.

Pressed further by other MPs, Gove denied claims that the cabinet office had failed and appeared to indicate failures in Hancock’s health and social affairs department. 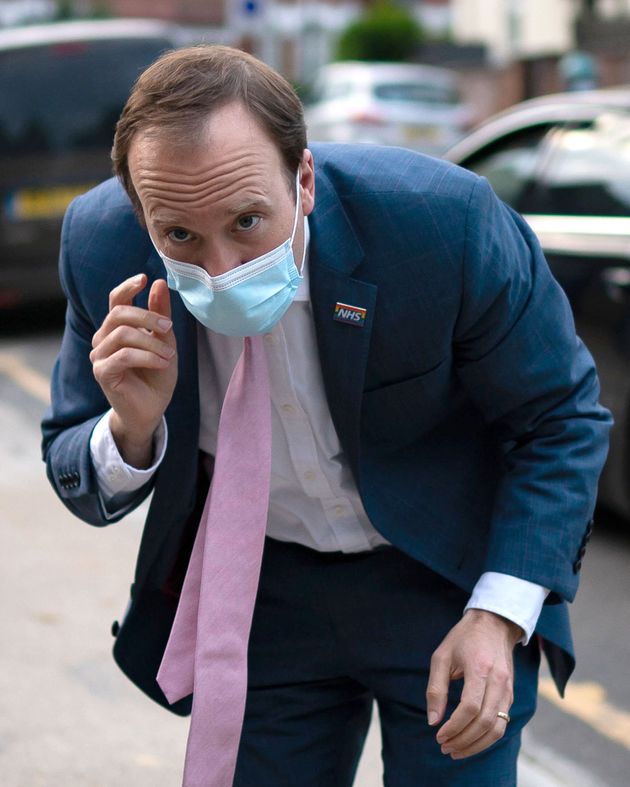 He said, “Individual government departments are there to have the response to certain anticipated risks.

At the heart of Cummings’ evidence was allegations that the government had no plan for a coronavirus pandemic, which meant it was slowly blocked in March 2020.

When asked if the UK risk register was up to date last March, Gove “of course” insisted on it.

However, he admitted that the government was focused on flu rather than coronavirus.

He said: “There are plans to fight a pandemic. The most likely pandemic that was expected was a pandemic flu, and plans for a pandemic flu, as some people have pointed out, meant that some PPE inventory had been prepared, to give an example

“It was the nature of the coronavirus pandemic, a novel virus, that meant we had to adapt to deal with the new situation.

“And while there are of course important lessons to be learned and of course mistakes have been made, I would say two things.

“Other Western democracies have faced these challenges as well, learning how to deal with them in real time and, like us, have committed to various types of public inquiry so that appropriate lessons can be learned.”

On Wednesday, Cummings apologized for ministers, officials and advisers “like me” who “have fallen catastrophically below the standards the public has come to expect”.

“When the public needed us most, the government failed,” he added, apologizing to “the families of those who died unnecessarily”.

He later added, “Tens of thousands of people died who didn’t have to.”

Will the true influence of Dominic Cummings be a delay within the prime minister's roadmap?