During the interview, Hancock discussed his resignation from the post of health secretary, after footage from inside his department was leaked, showing him embracing his aide, in breach of the social distancing guidelines in place at the time.

Hancock claimed that the affair with Gina Coladangelo was not about “casual sex”, insisting that he and his former aide had fallen in love.

“I resigned because I broke the social distancing guidelines by then,” he said.

“They weren’t actually rules. They weren’t the law. But that’s not the point. The point is they were the guidelines that I’d been proposing. And that happened because I fell in love with somebody.”

Addressing this during Tuesday’s show, Lorraine told viewers: “Matt Hancock—remember him? The former health secretary [was] talking about his resignation last year.”

Turning her attention to Hancock’s attire – which included a black turtleneck and some comfy jeans – she noted: “I don’t know what he’s come as. He looks like a sort of Bond villain or a Pound Shop Milk Tray man, maybe.”

“You remember,” she continued. “He was caught on CCTV groping his advisor. His new partner Gina was also spotted at the recording of that podcast.

“So, he fell in love! Well, lots of people who were in love weren’t able to see each other during that time, were they?” 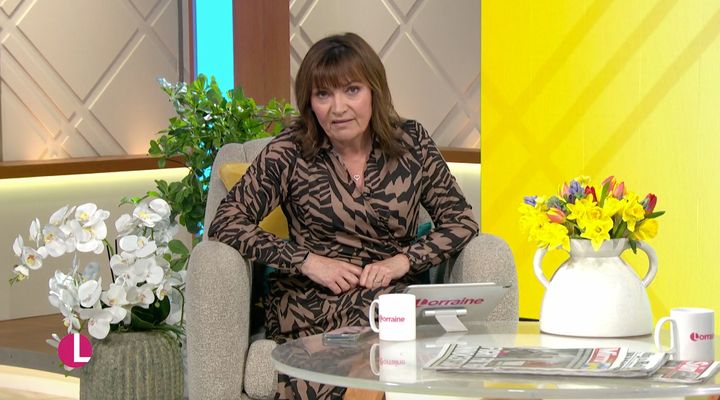 Lorraine previously took aim at the Tory MP during an appearance on The Last Leg last summer.

“I’m in shock that he could get anybody to get anywhere near him,” she joked at the time.

“If he was the last man in the world, I wouldn’t even go near him. If the future of the human race depended upon me having to go anywhere [near him, I wouldn’t].”

Lorraine airs every weekday from 9am on ITV.

Labor MPs Who Assault Nato Will Be Kicked Out Of The Get together, Says Keir Starmer