Lord Mann has called for children to be educated about anti-Semitism in school, warning that some are being sucked into online conspiracy theories.

The former Labor MP said more needed to be done to help young people think critically about what they heard at home or read online.

Mann was made an independent adviser to the government on anti-Jewish racism by former prime minister Theresa May.

In an exclusive interview with HuffPost UK, he said that conspiracy theories parroted by covid anti-vaxxers were becoming a “problem” in the UK.

He said: “I think one of our weaknesses is schools. There’s no education on contemporary anti-Semitism, and therefore on conspiracy theories in schools – and there needs to be.”

Mann is currently working with an academy chain on how it could be done, adding: “It would have an impact. If teenagers start believing in conspiracy theories it’s going to be bad for them and bad for the country. It’s happening.

“People say ‘I get all my information from the internet’. Well, which bit of the internet?

“There’s nothing wrong with people using the internet, it’s a great liberator. But it also has its darker side and so that critical thinking, developing those skills in school, is really vital.

“It’s the simplicity, if you go back to Nazi propaganda in the 30s and 40s, there are direct comparisons to picking old fashioned prejudices and redrawing them.

“People excuse it if it’s coming in multiple types of arguments – it must be ‘the bankers who are to blame’ and who are the bankers?”

A protest against Covid-19 vaccines and lockdown restrictions in London.

Analysis by campaign group Hope Not Hate recently found that a new generation of users on “younger” social media platforms such as TikTok are being introduced to anti-Semitic ideas that they were unlikely encounter elsewhere.

They found that Google searches in the UK for the “New World Order” – a conspiracy theory rooted in anti-Semitic tropes – reached its highest level for 15 years in March 2020.

It is feared that those drawn into conspiracy theories around Covid-19 are at risk of adopting anti-Semitic views. Anti-vaxxers can be found sharing anti-Semitic content online and comparing the vaccine to the Holocaust.

Survivors of the Holocaust have also raised concerns about anti-Semitism gaining traction during the Covid lockdowns.

He added: “It’s been really interesting – 78 per cent of the internet presence, the websites, blogs of the anti-vaxxers have overt anti-Semitism on them.

“The crossover between the far left and the far right is absolute when it comes to the anti vaxxers and anti-Semitism.

“It’s the same absurdities, you have Bill Gates ‘the secret Jew trying to make money out of Coronavirus’.

“If there’s a conspiracy theory, we can guarantee that someone will have the Jews in the middle of it.” 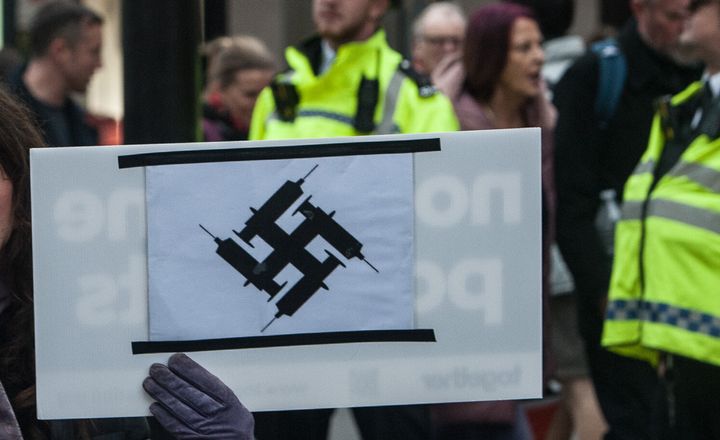 A placard at the Worldwide Rally for Freedom anti vaccines protest passes by Oxford Circus on November 20, 2021 in London.

It also comes after a charity monitoring anti-Semitism recorded a record high in anti-Jewish hate incidents.

Mann said systems for reporting had improved which meant the figures should increase, adding: “Does that mean there are more problems? Or there’s a better cataloging of what’s happening?

“And certainly the Jewish community at the moment believes there’s a bigger problem.”

But Mann remained optimistic about combating anti-Semitism, arguing the UK has a much lower tolerance of anti-Jewish racism compared to other western countries. He cited change on university campuses as well as in sport.

The former MP for Bassetlaw left the Commons after 18 years in 2019. His seat was one of those in the so-called “red wall”, held by Labor since 1929, and taken by the Tories at the last election.

In the Commons, Mann chaired the cross-party parliamentary group on anti-Semitism and was a fierce critic of Jeremy Corbyn’s handling of an issue which engulfed the Labor Party.

In 2020 a damning report by the Equalities and Human Rights Commission found that the Labor Party was responsible for “unlawful acts of discrimination and harassment”. 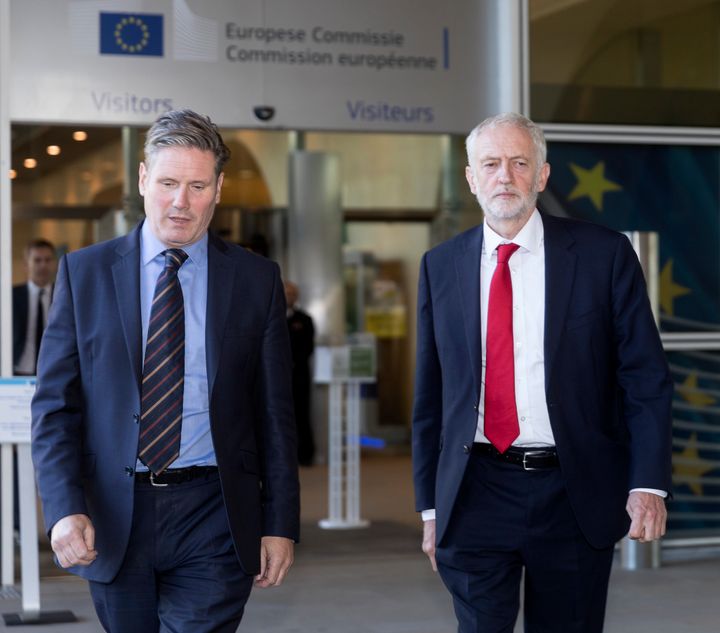 Starmer and Corbyn pictured in 2018.

Mann said under Sir Keir Starmer, Labor was moving in the “right direction” but pushed him to do more, saying the party must become the “lead” in fighting anti-Semitism.

He added: “He’s got to go further because the Labor Party owes the Jewish community.

“I’ve told him to his face. The proof will be in the action, just going back to normality and saying we’re normal again is not sufficient. I think Starmer gets that. He’s got the power to do something about that.

“So I think the Labor Party is no longer a problem. That’s good for the country.

“The proof is really simple, it’s not about what I think, if Jewish people vote the next election on the NHS, tax etc not on anti-Semitism then he will have succeeded.”

He also said that Corbyn must never be allowed back into the parliamentary Labor party, adding: “His inability to properly condemn Putin and Russia sums up the problem of his politics.

what are they and how one can assist construct one

Russian opposition to the invasion is giving Putin trigger for alarm