A leading contender to succeed Len McCluskey has stated that dealing with Unite’s controversial new £ 98 million hotel complex is “no wrongdoing”.

Assistant Secretary General Steve Turner said McCluskey and the union’s executive board acted with “integrity” and “responsibility for members’ money” in overseeing and approving the project.

In a message to the executive, Turner said his enemies misrepresented his recent interview with HuffPost UK, in which he said he would order an independent, quality control-led review “if I was really concerned” about the hotel. and conference center complex in Birmingham.

The new building, which will house Unite’s regional headquarters, as well as a four-star, 170-bed Aloft hotel and a 1,000-seat conference center, has received criticism as its cost has increased by more than £ 40 million .

The union insists the additional cost was caused by high standards of unionized labor, the need to remove paneling related to Grenfell changes, and the addition of an extra floor to the hotel.

However, the handling of the project by Unite was taken over by Gerard Coyne, the “moderate” candidate in the election to succeed McCluskey as Secretary General.

The race for Secretary-General has been ravaged by a new dispute in the last few days when Howard Beckett, supported by some leftists, was suspended by the Labor Party for demanding the “deportation” of Home Secretary Priti Patel.

In his interview with HuffPost UK last month, Turner said that if there were any indications of “anything unpleasant” in the project, “I would absolutely have an independent investigation because this is our members’ money.”

While stressing that the hotel complex was a “world class” venue that would likely generate revenue, he added that there should be greater cost transparency throughout the project and said that if he became secretary general, he would be in charge of financial oversight would improve by the executive. 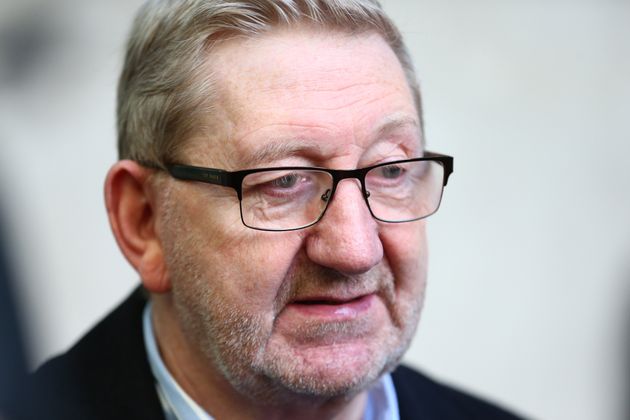 It is believed that Turner’s remarks caused severe irritation among high-ranking representatives of the union. In a new written message to the executive, he appeared to be apologizing for creating the impression of criticism of the hotel project.

In his email, distributed to all regional secretaries and forwarded to HuffPost UK, he said he wanted to “clean up some misrepresentations” of his comments “by some of our enemies”.

“It is … regrettable that comments from me on lessons I personally learned from the process that would affect my future thinking about projects are negatively used by others to address issues already raised from detailed reports prepared by the executive was approached and closed, ”he wrote.

“As I have always said, there has been no wrongdoing in this matter, on the contrary. Lessons from our experiences and exploring ways we can improve is something I think we all do on a regular basis, and I am sure I have.

“I am very confident that our Executive Board, officers, employees, and general secretary have always sought to act in the best interests of our members, with integrity and accountability for members’ money. They always had and still have my full support. “

Turner, seen as a favorite to succeed McCluskey because he is backed by the union’s dominant United Left grouping, also stressed that he had no intention of criticizing the “lay members” of the union’s executive branch. He ended his message with the words “in solidarity”.

Beckett, who served on Labor’s ruling National Executive Committee on behalf of Unite, was suspended on Twitter over his comments on Patel. He deleted the tweet and apologized for its offensive nature.

The other contender is national organizer Sharon Graham, another leftist who led the union to expose working conditions at employers like Amazon.

Coyne said: “The current election as general secretary is a pivotal moment in the decision of Unite members and the £ 98 million Birmingham project is a test of judgment and leadership for all four candidates.

“My position has been consistent throughout: I will do an independent, published study so we can learn the lessons and move on. I have not said one thing in public and another thing in private or ducked the subject. It is now clear that I am the only candidate who stands for real change. “

I am writing to you about our conference facility in Birmingham as soon as an article is published in the Huffington Post. The article, one of two, followed an hour long interview about my candidacy in the upcoming general secretary elections.

I want to clear up some misrepresentations of comments made by some of our enemies in them.

Firstly, during my 39 years in our union, I have been and have been an advocate for democracy, control and lay leadership of our union and I would never do anything to question this. Nothing in my comments can be construed as anything but supportive.

Second, it was not an attempt to undermine the statement agreed in January by our executive on the institution, which I wholeheartedly support. I visited the center. It is a first class facility for our members, a great investment for our union and a long-term asset that we can be very proud of.

However, it is regrettable that comments made by me on lessons I personally learned from the process that would affect my future thinking about projects are being used negatively by others to address issues that have already been extensively covered by reports published by the Executive will be addressed and closed.

As I have always said, there has been no wrongdoing in this matter, on the contrary. Lessons from our experiences and exploring ways we can improve is something I think we all do on a regular basis, and I am sure I have.

I am very confident that our Executive Board, officers, employees and general secretary have always sought to act in the best interests of our members with integrity and accountability for members’ money. They always had and still have my full support.

Folks aged 35 and over needs to be supplied Covid Jab, says Matt Hancock