James Corden has heaped praise on Prince Harry and Meghan Markle, calling them “brave” for stepping away from royal life.

The Gavin & Stacey star has become friends with the couple, attending their 2018 wedding and enjoying playdates for their children at the Sussexes’ LA mansion.

James also interviewed Harry on his US chat show The Late Late Show, where the Duke went viral for rapping the Fresh Prince Of Bel Air theme last year.

James says he is a “huge fan of both” Meghan and Harry, and said it was “hard to judge, or be judgemental” about them when he was asked about the couple in a new interview with The Sun.

He said: “People process things and deal with things in different ways and that’s OK, and it’s all right to think whatever you think about somebody.

“I don’t know if it necessarily needs to be voiced the whole time but my experience of them has been nothing but positive.

“I have a huge amount of respect and admiration for Harry, and anyone who has been around him and spent time with him would feel exactly the same way.”

The Duke and Duchess of Sussex revealed their unprecedented plan to step back from royal duties in January 2020 and are now living with son Archie and daughter Lilibet in Montecito, California.

James continued: “I think he is a devoted and loving husband and father and I think what they have done [in turning away from royal life] is incredibly brave and I’ll always be in their corner.”

The talk show host also added that he was also a “big fan” of William and Kate, who Harry and Meghan are rumored to have a rift with. 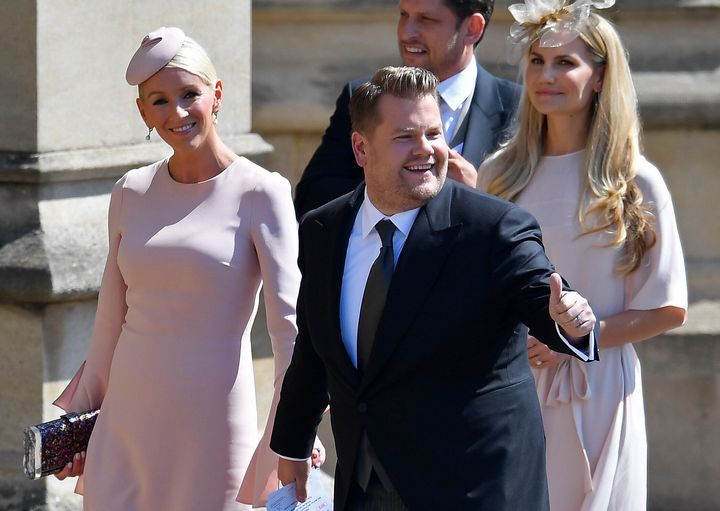 During Harry’s interview with James last year, the host brought up his decision to walk away from the royal family, and the Duke was quick to clarify: “It was never walking away.

“It was stepping back rather than stepping down,” Harry said. “It was a really difficult environment as I think a lot of people saw. We all know what the British press can be like. And it was destroying my mental health. I was like, ‘This is toxic.’ So I did what any husband and what any father would do and was like, ‘I need to get my family out of here.’

“But we never walked away,” he added. “And as far as I’m concerned, and whatever decisions are made on that side, I will never walk away. I will always be contributing. But my life is public service. So wherever I am in the world it’s going to be the same thing.”

4 unusual COVID signs you won't have heard about