Boy George looked the cat’s whiskers as he arrived in Australia ahead of his appearance on this year’s I’m A Celebrity… Get Me Out Of Here!

The legendary Culture Club singer dubbed himself the ‘Lion Queen’ as he walked through Brisbane airport wearing a huge lion mask.

Despite his attempts to go incognito, the singer’s hand tattoos gave him away as he made his way to his car.

When asked by reporters at the airport if he was heading to the jungle, the 61-year-old said: “I’m here to do a version of the Lion Queen.”

Boy George wore a Lion Mask as he arrived at Brisbane Airport, Australia.

Asked if the mask will be staying on inside the camp, he said: “Let’s hope so.”

When the vegan star was pushed on whether he would eat any creepy crawlies in the jungle or if he was simply a “vegan lion”, he added: “I’m a Lion Queen, I have told you,” before adding: “I love all creatures.” 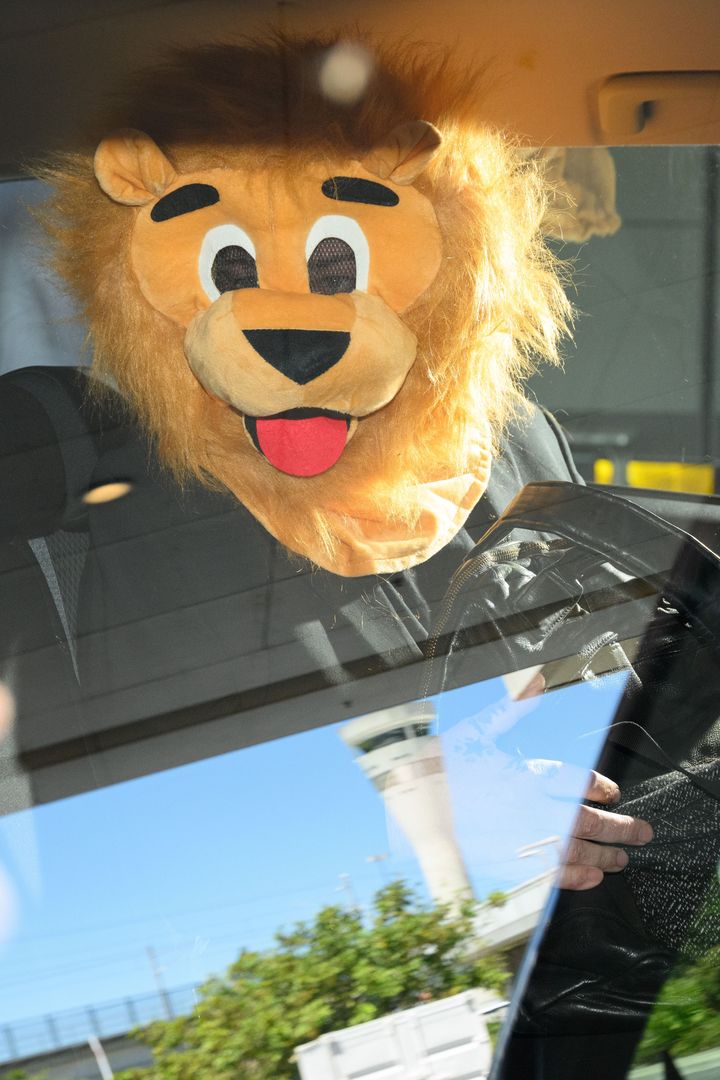 The Karma Chameleon singer is the latest star to arrive Down Under ahead of this year’s I’m A Celeb, which kicks off on ITV on Sunday 6 November.

Earlier this week, the show’s hosts Ant and Dec shared their reactions to the cast for the forthcoming series.

In a video clip posted on the pair’s social pages, the presenters discover which stars will be heading into the Australian jungle next week. 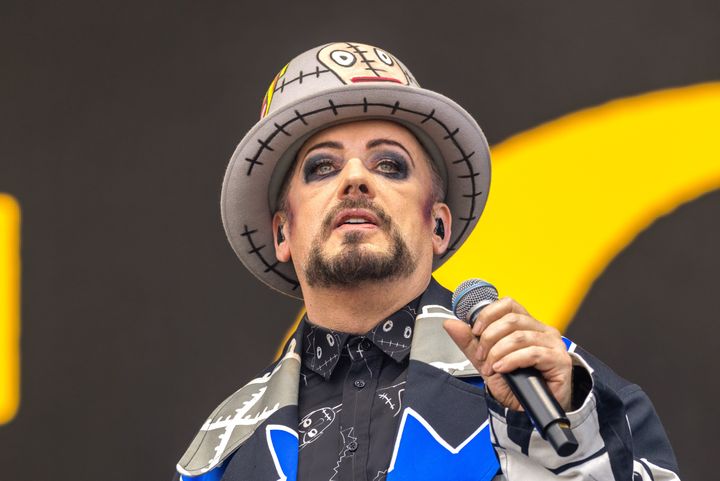 The Geordie duo, who have hosted the ITV reality show since 2004, exude a mixture of shock, excitement and approval as they find out the campmates’ identities – although these details are kept secret from fans.

Dec said of one celebrity: “She’s fun and feisty,” adding about another: “She would hate every minute of it.”

Meanwhile, Ant said: “We knew we’d get you on there one of these days,” with Dec adding: “We saw him and he never let on. sneaky boy.”

Speaking of another male celebrity, Ant added: “Now I can’t believe we’ve got him. You don’t know what you’ve let yourself in for my friend.”

As well as George, a number of other celebrities have already touched down in Australia.

They were then followed by Coronation Street star Sue Cleaver and Hollyoaks actor Owen Warner on Wednesday. Charlene White and Jill Scott were spotted at Brisbane Airport

Among those also rumored to be taking part in the series are former England rugby player Mike Tindall, comedian Seann Walsh and property presenter Scarlette Douglas.

This year’s celebrities will live together in the Australian outback, after the show relocated to Gwrych Castle in Wales for the last two series due to Covid travel restrictions.

ITV has officially announced this year’s series is earlier than previous years as bosses are avoiding the show clashing with World Cup, which kicks off at the end of next month.