He was the pandemic golden boy, described in one newspaper as the “Disney prince version of a Tory MP”.

Dishy Rishi mania rocked Britain as he handed out nearly £70 billion for furlough, charmed the nation in press conferences and freshened up the Tory image by wearing hoodies and sliders.

One of the most striking photographs from that period was when he persuaded Frances O’Grady, general secretary of the TUC, to stand beside him outside No 11.

In what was a notable coup, the Tory Chancellor grinned as he posed next to the union boss clutching his winter economy plan.

In his bid to save the country from the ravages of the pandemic, Sunak was routinely described as presiding over an economy more socialist than at any point in British history.

Forced to break away from his Thatcherite small state, low tax ideology, Sunak found himself in the unlikely position as the people’s chancellor.

Chancellor of the Exchequer Rishi Sunak with Dame Carolyn Julie Fairbairn, Director General of the CBI, and Frances O’Grady, General Secretary of the TUC.

Newspapers dedicated column inches to his style, background, love of Star Wars and lauded him as a future Tory leader.

In July 2020 one female writer in The Times gushed over the “lovely symmetry of his lovely face”.

“A dashingly handsome, twinkly-eyed cartoon of a chap who springs up from behind a podium to offer you cash every 48 hours or so,” she wrote.

As Rishi mania reached fever pitch, the Independent ran a column bearing the headline: “Your ‘strange’ crush on Rishi Sunak could actually be a racist fetish.”

He had a noticeably slick PR operation with major Treasury announcements pumped out on social media, bearing his squiggly signature.

So it was little surprise when Boris Johnson poached Sunak’s director of communications Allegra Stratton to be his own spokeswoman.

Stratton helped coin the “Eat Out To Help Out” slogan which saw the chancellor serving up katsu curry to diners in Wagamama in another slick photoshoot. 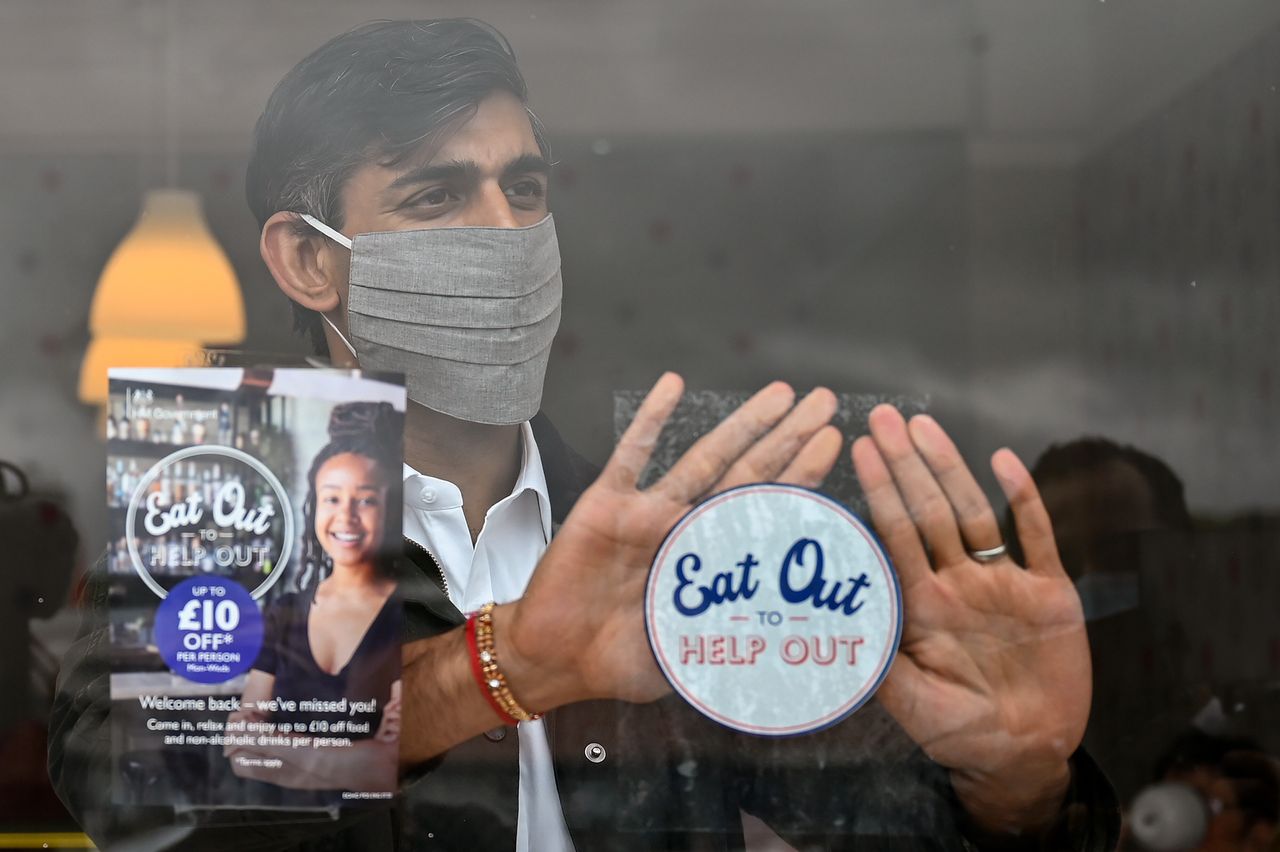 Chancellor of the Exchequer Rishi Sunak places an Eat Out to Help Out sticker in the window of a business during a visit to Rothesay on the Isle of Bute, Scotland.

When times were tough for the prime minister, Sunak was regularly tipped to be the next Tory leader.

This speculation reached its height during the partygate scandal, which saw Conservative MPs publicly calling for Johnson to go.

Plenty of Tory MPs said privately they could see the chancellor as a “safe pair of hands” and a stabilizing influence after a period of chaos.

But as one senior backbench Tory MP previously told HuffPost UK: “Everyone loved him while he was dishing out money during the pandemic, but what about when he has to claw all that back?”

Pandemic costs, an energy crisis, soaring inflation and ballooning national debt are creating a perfect storm for a chancellor who was appointed a mere two years ago.

His spring statement dive-bombed on Wednesday as he was accused of not doing enough to help the poorest households.

Even newspapers usually sympathetic to the Tory cause took aim at the chancellor, with The Times headline pointing out that he is presiding over the “Biggest fall in living standards since 1950s”.

Meanwhile, The Telegraph blared: “The biggest fall in living standards on record.” The Express read: “The forgotten millions say: What about us?”

Day two’s headlines were no better for the chancellor, who was branded a “fiscal illusionist” for claiming to cut taxes while allowing the overall tax burden to rise.

Paul Johnson, the director of the Institute for Fiscal Studies, said: “Mr Sunak has proved to be something of a fiscal illusionist. He told us that he cut taxes. In a sense he did.

“He increased the floor for NICs and promised a cut in income tax in 2024. So Mr Sunak’s statement contained big tax cuts. But it also allowed taxes to rise.

“He can now expect to raise more in tax as a share of national income by 2025 than he expected last October.”

Sunak will likely face worse in the days to come as experts pour over his mini-budget.

And even the efficient Treasury PR machine is failing to save him after a photograph of the chancellor filling up a car with petrol was mocked.

It soon emerged that the chancellor had posed up to pump gas into a Kia Rio that belonged to a Sainsbury’s employee.

Sunak was then filmed in a scene reminiscent of Alan Partridge as he fumbled to pay for a can of coke at the petrol station with his bank card.

The chancellor, who is married to a tech billionaire’s daughter, was similarly photographed at his desk with a “smart mug” costing £180 – before his 2020 budget.

But as parents increasingly struggle to feed their children and food banks fill up, such nods to his privileged lifestyle risk appearing distasteful.

He was ridiculed this week when he said the food item he had most noticed a price increase in was bread, because: “We have all different breads in my house.”

He also had to answer awkward questions from broadcasters about his wife’s links to a company that has a presence in Russia.

While uncomfortable for the chancellor, they were perfectly valid questions after he had publicly urged firms to “think very carefully” about their investments in Russia and how they might “aid the Putin regime”. 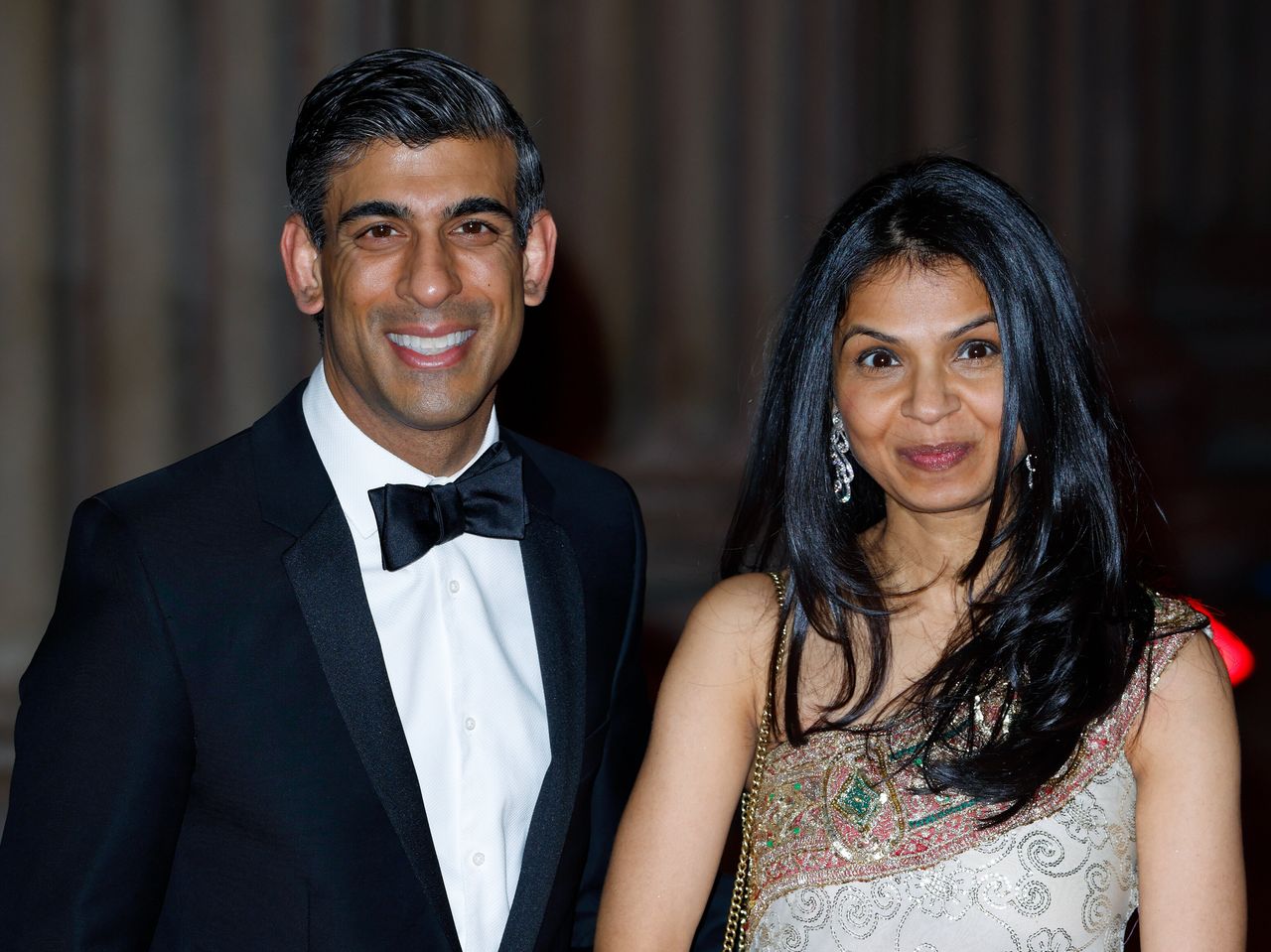 Chancellor of the Exchequer Rishi Sunak and his wife Akshata Murthy.

The morning after his spring statement, Sunak had a terse exchange with BBC Radio 4’s Mishal Husain when she grilled him over the cost of living crisis.

After such a good run during the pandemic, Sunak has not had much experience in dealing with a fierce press pack.

Chancellors are rarely the most popular people in government and Sunak is now facing a radical about-turn in his political fortunes.

As more than a million people are about to be plunged into poverty and workers are hit with higher taxes, team Rishi might want to consider a new PR assault.

What's it prefer to be destitute in Britain? 'It makes you are feeling like some type of underclass'