It’s the most eye-catching group in the most controversial men’s World Cup ever.

On Friday, the draw for the tournament in Qatar – plagued to corruption and human rights allegations and to be held in winter for the first time – delivered potential match-ups that satisfied social media’s appetite for the farcical.

And most of them were in Group B.

England, USA, Iran and one of Scotland, Wales or Ukraine will make take each other on in the opening stage of the finals, and Twitter quickly seized on the historical and political ramifications.

England, USA, Iran and Scotland or Wales. Now that is something to look forward to.

Belatedly saw the Cup draw… Group B for BANTER amiright

A battle of Britain?

If looking from a UK perspective, the prospect of a first-ever ‘Battle of Britain’ at a World Cup finals is a dream for the country’s newspaper editors.

England has never faced off against Scotland or Wales at this tournament, but they do have recent European Championship experience against both sides.

Scotland and England played out a goalless draw at Wembley in the group stage of Euro 2020 last June, while Wales and England came together at Euro 2016.

If either Scotland or Wales qualify, expect the contest to spark domestic grievances, references to everything from Braveheart to Offa’s Dyke, and petty one-upmanship driven by London-based tabloids.

Gareth Southgate’s team will face the US in their second game. The teams met twice in the World Cup finals – in 1950 and 2010 – and England won neither of them.

Apart from the underlying historical tensions – the revolutionary war, both country’s record of imperialism – the 1950 clash is infamous. The US beat England 1-0 at Belo Horizonte, Brazil, with Joe Gaetjens’ 38th-minute goal marking one of the great football upsets. 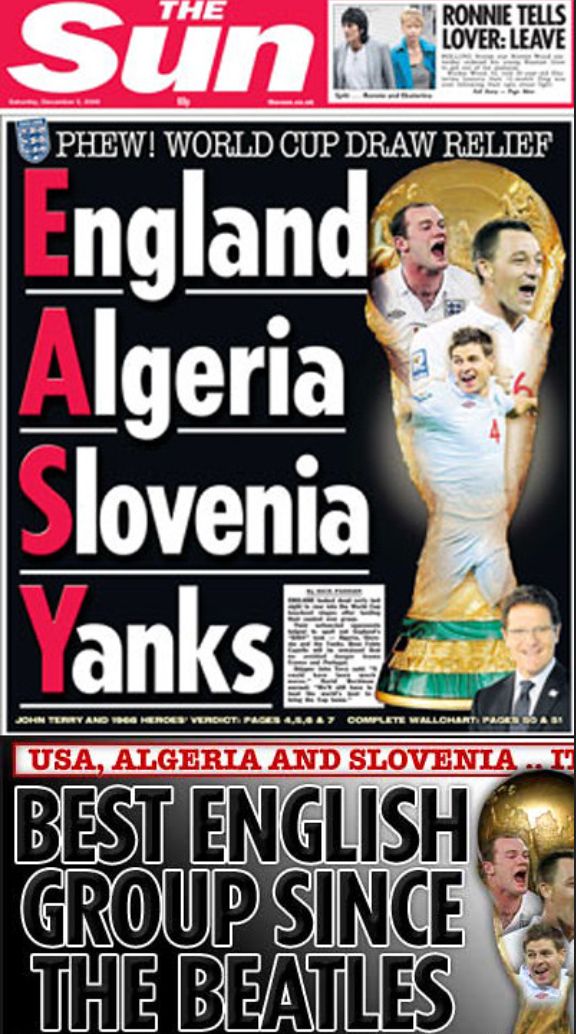 In the event, the 1-1 helped both the US and England to advance to the knockout rounds – but with the unfavored Americans topping the group. The Stateside tabloids appeared to have as much fun as their English counterparts pre-tournament.

Just like in 1998, the US will play Iran with diplomatic relations yet to be restored between the nations. The Guardian called the game 24 years ago the “most politically charged match in World Cup history”, and the delicate geopolitics were underlined by a pre-game ceremony that saw Iranian players gifting white roses to the Americans as a symbol of peace.

On the pitch, Iran upset the US 2-1, eliminating the Americans after their second game of the tournament. It was Iran’s first ever victory at a World Cup finals.

Tensions between England and Iran – note the British-Iranians recently released by Tehran after a historical debt was paid – are unlikely to be much better.

It is unclear whether it is Scotland, Wales or Ukraine who will make up the fourth team in the group.

The continued invasion of Ukraine means FIFA is yet to establish a date in June for their qualifier against Scotland, and the subsequent match against Wales.

Oleksandr Petrakov, the manager of Ukraine’s men’s national football team, said in an interview with Ukrainian TV station Football 1: “As long as people in my country continue to die, I cannot think about playing the game in Scotland.

“We still have April and May to come, and we will see what happens then, but we are supposed to play Scotland in June as well as Nations League games.

“But we can’t think about them at the moment given the current situation.”

Consultants Tearing Their Hair Out Over Price Of Residing: 'Nation Wants Extra Assist!'

Jim Carrey Says He is 'In all probability' Retiring From Appearing: 'I've Achieved Sufficient'