Boris Johnson is in trouble. Tory MPs unhappy with the fallout from the partygate scandal could soon muster the numbers needed to hold a no confidence vote and oust the prime minister from power.

If Johnson is removed, the Conservative Party, and the country, will need a new leader. Here are some of the potential candidates.

The foreign secretary is probably the current frontrunner. Dominic Cummings thinks she would be “even worse” than Johnson, but given the PM’s former top adviser is not exactly the most popular man among many Tory MPs, that criticism might help rather than hurt her.

Truss is something of a survivor, having served in the cabinet since 2014, under David Cameron, Theresa May and Boris Johnson. She has been environment secretary, justice secretary, chief secretary to the Treasury, trade secretary and now foreign secretary. Her period at the Ministry of Justice was not seen to be a huge success. But she bounced back and now could be knocking on the door of No.10.

The 46-year-old campaigned for Remain, but after Leave won the referendum she changed her mind and became an enthusiastic supporter of Brexit, a policy area she is now in charge of. Her jet-setting Instagrammable period as international trade secretary also helped win her fans among the Brexiteer party membership – which will ultimately decide who takes over from Johnson. She is currently fourth in ConservativeHome’s cabinet rankings, voted on by Tory members.

One of Johnson’s main arguments why it would not be “responsible” to kick him out of Downing Street is the ongoing war in Ukraine. But as foreign secretary, Truss has struck a hawkish position when it comes to Russia, and would be able to argue she has experience on the world stage as well as being up to date on the details of the war.

On domestic issues, Truss has cultivated a reputation as a free-marketeer defender of the gig economy, arguing the young people embrace rather than reject the changing nature of work. “This generation are #Uber-riding #Airbnb-ing #Deliveroo-eating #freedomfighters,” she tweeted in 2018.

The Conservative Party under Johnson has pivoted towards culture was in an attempt to create dividing lines with Labour. Truss, who is also equalities minister, has attacked the “woke bandwagon”. In 2020 she delivered a speech on education in which she said her teachers at school had focused too much on racism and sexism and not enough “making sure everyone could read and write”.

The chancellor formally known as “dishy Rishi” for a long time had been seen as the most likely to succeed Johnson. Having handed out billions during the pandemic alongside slick personal PR, the 42-year-old’s rise seemed almost unstoppable.

But the cost of living crisis as well as revelations about his personal finances have damaged his brand. He now sits fourth from bottom in the ConHome ranking. 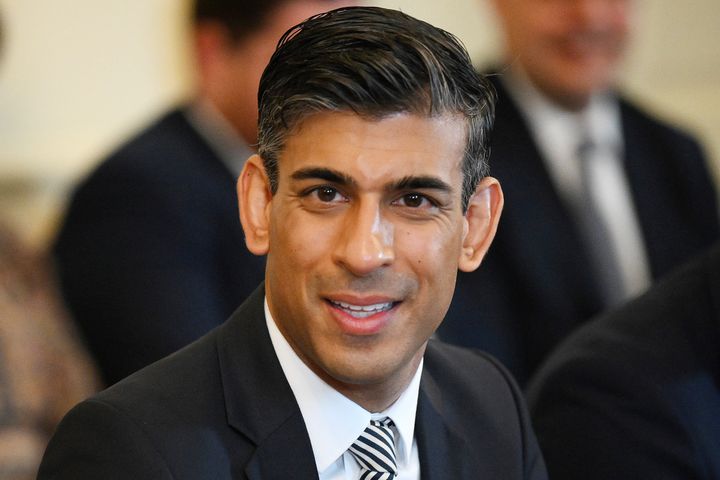 Like Johnson, Sunak has been found by police for breaking Covid rules as he was present at the birthday gathering for the PM in the Cabinet Room. News of the fine came amid a torrid time for the chancellor, who had also been under intense pressure over revelations his wife held non-dom tax status and that he held a US green card while serving in No.11.

His spring statement mini-Budget in March also triggered a huge backlash, with critics warning it did not to do enough to help people struggling with the cost of living. Sunak moved to address those criticisms in May, with a £21bn package of measures designed to help people pay for energy bills. While this pleased some in his party, it annoyed those who are instinctively against higher taxes and more borrowing.

Sunak has portrayed himself as a fan of low taxes, a necessary position for any aspiring Tory leader. However he could find it hard to square that circle with Tory MPs and members, given the current overall tax burden is the highest since the late 1940s.

The MP for Richmond also made a few coded criticisms of Johnson, including telling a press conference he “wouldn’t have” attempted to blame Keir Starmer for the failure to prosecute Jimmy Savile, as the PM had.

Sunak remains a strong contender. Despite holding the second most important office of state, Sunak remains a relatively fresh face. There is a reason Labor has expended so much energy on attacking him.

The defense secretary is seen to have had a good war. The former soldier is also by far the most popular cabinet minister among the party grassroots. Which counts a lot. In February he told The Sun he was “not really attracted to anything else” other than his job at the MoD. But that was a while ago. 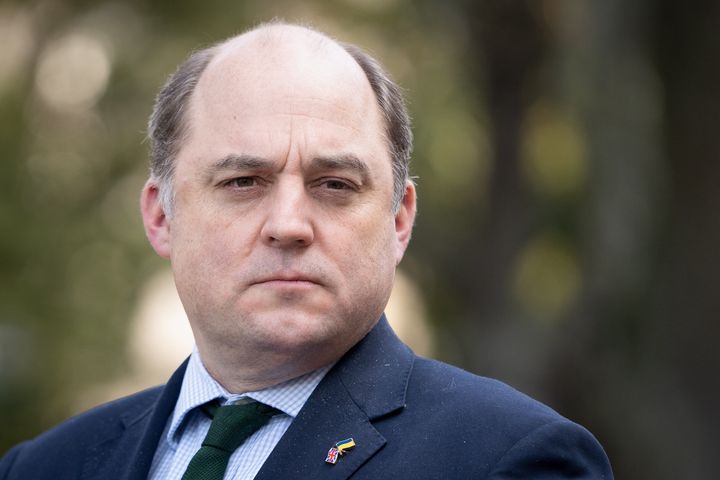 Wallace is seen as being at the forefront of moves to challenge Russia’s invasion of Ukraine. Like Truss, he would easily be able to counter any argument he is not ready to take over in No.10 in the middle of the war. And unlike Sunak, he is not personally tainted by partygate.

The 52-year-old has also long been publicly loyal to Johnson. Quite fiercely. And has survived reshuffle rumours. When Michael Gove turned dramatically on Johnson in the 2016 Tory leadership race, Wallace said Gove would become “Theon Greyjoy” from Game of Thrones “by the time I am finished with him”. Greyjoy had his penis cut off.

However, while Wallace will likely be seen as a safe pair of hands on foreign affairs, he has not had as much opportunity to set out a domestic agenda as Truss and Sunak.

The former cabinet minister stood for the leadership in 2019. He was comfortably beaten by Johnson. Now chairman of the Commons health committee, Hunt has made no secret of his intention to stand in any leadership election. “I don’t rule it out,” he told the New Statesman last week, which in Westminster terms is essentially a declaration that you are running. It is not the first interview he has given in which he has not ruled it out. 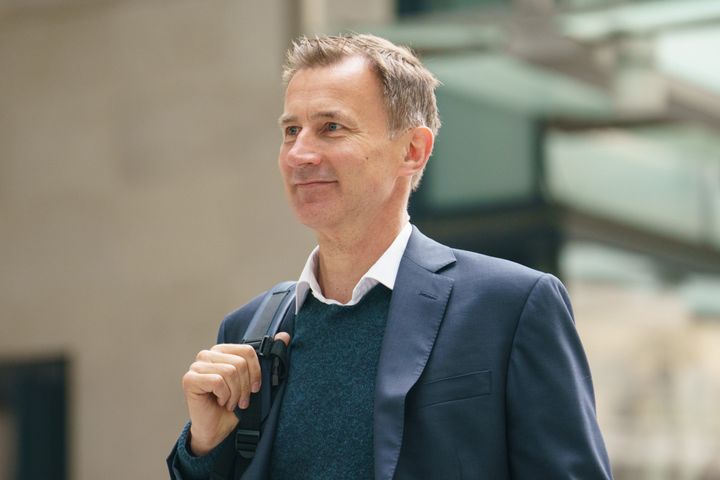 Following the turmoil of Johnson’s time in office, Hunt’s main pitch to MPs and the party membership is likely to be based on simply being less chaotic. To adult.

A leading face of the Cameron government, Hunt was health secretary for six years. He is likely to make much of that experience post-Covid, especially given the NHS is a reliable general election battleground. Hunt has also recently written a book in which he details his belief the health service is a “rogue system” that needs reform, a position likely to go down well with Tory MPs.

Under Theresa May, Hunt served as foreign secretary. This period will, like Truss, allow him to counter the argument he is not equipped to take over as prime minister in the middle of a European war.

As a culture secretary in the early 2010s at the time of Leveson inquiry, Hunt denied “hiding behind a tree” to avoid reporters.

The Conservatives did very well at the May 2021 local elections, thanks in part to the so-called Covid vaccine bounce. Zahawi, now education secretary, was vaccines minister at the time. If he runs, expect a lot to be made of the broadly successful rollout. 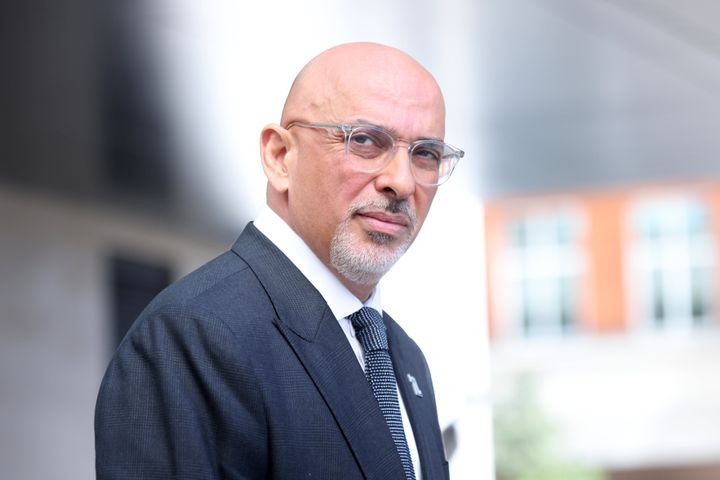 Zahawi is the second most popular cabinet minister on the ConHome rating. Born in Iraq, he moved to the UK with his family aged nine in 1976. He went on to co-found polling giant YouGov before becoming an MP in 2010.

He is seen as a competent media performer and has very much not ruled himself out of a tilt at the top job. “I think every member of parliament must feel that they can at some stage put themselves forward to lead their party, their country — it’s a privilege,” he said on Tuesday this week.

The trade minister is a good bet as a compromise candidate. A strident Brexiteer with socially liberal views – she spoke at a pro-Leave LGBT event during the referendum – who could also get One Nation Tory MPs onside. 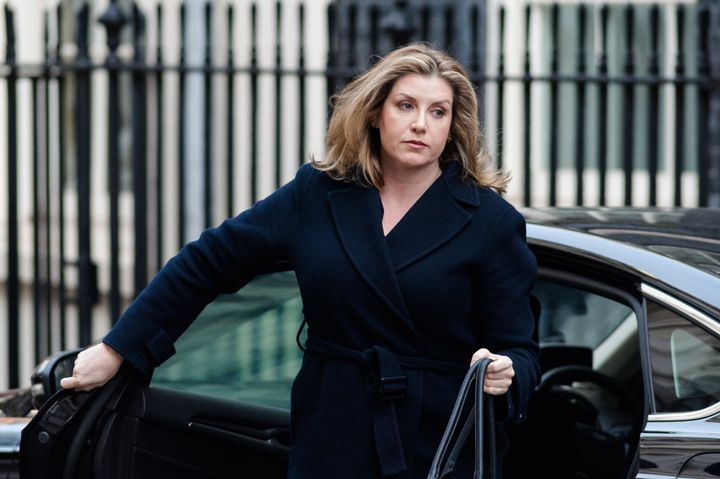 Mordaunt was defense secretary under Theresa May, but was sacked from the cabinet when Johnson took over. She had backed Jeremy Hunt in the 2019 leadership race, despite having been seen as a likely candidate herself.

Earlier this week The Daily Telegraph’s Chris Hope asked ConHome: “Why isn’t Penny Mordaunt on this list?” when reading the site’s cabinet rankings. he obvious answer is, because she is not in the cabinet. But the question illustrates how seriously her chances are taken by many in Westminster.

The 49-year-old’s time at the MoD, like Wallace and Truss, would allow her to argue she has the experience to be PM while Russia’s invasion of Ukraine continues. And in her current role she has recently loudly promoted her work in the United States trying to forge post-Brexit trade links.

In an interview with City AM on Tuesday, Mordaunt said voters wanted “professionalism and competence” from government. Partygate, she has said, was “shameful”.

The health secretary has long been touted as a future PM. Back in 2014, David Cameron said that “one day I want to hear that title prime minister, followed by a British-Asian name”, before telling Javid: “Just not immediately, if that’s OK by you.” 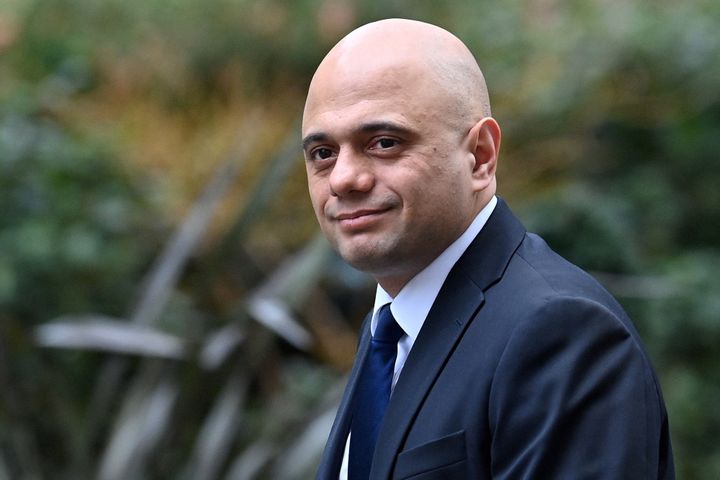 Javid ran for leader in 2019. In 2016 he ran on a joint ticket with Stephen Crabb, on the basis he would become chancellor. Javid did eventually become chancellor under Johnson but quit in February 2020 amid a power struggle with Dominic Cummings.

Before returning to government in June 2021 following the resignation of Matt Hancock, Javid spent his time on the backbenches burning his credentials as a free-marketeer.

“We must resist the call to abandon our free-enterprise, free-trade economic model,” he said in April 2020. “Combined with low taxes and sensitive regulation.”

That economic message is one that would play well with many Tory MPs and members. As health secretary, Javid also positioned himself as rhetorically less in favor of Covid rules than his predecessor. Again, this will have gone down well with many on the government benches who were itching for rules to be lifted as soon as possible.

The chairman of the Commons foreign affairs committee, who is no fan of Johnson, has essentially already declared he will run for the leadership, having said it would be a “huge privilege”. 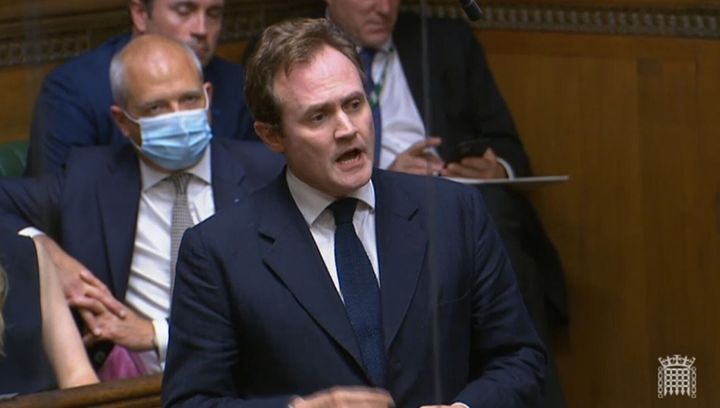 A former Army officer, the MP for Tonbridge and Malling, has long been a thorn in Johnson’s side, having said the cost of living crisis means the country needed “seriousness” at the top of government. Tugendhat was also sharply critical of how the government managed the UK’s withdrawal from Afghanistan, branding it “shameful”.

While experienced in foreign affairs matters, his views on domestic policy are less well known. Having not served in government he could argue he is not contaminated by partygate or other failings. However it would also be quite a jump to go straight from the backbenches into No.10.

One thing to remember about Conservative Party leadership elections is the initial frontrunner does not always win.

The Queen's Official Platinum Jubilee Portrait Has Been Launched