Boris Johnson is facing increasing calls to meet the families of Covid victims ahead of the public inquiry into his government’s handling of the pandemic.

The Prime Minister has announced that an independent legal investigation will begin in the spring of 2022, which “examines government action”.

But Covid-19 Families For Justice, which represents around 4,000 grieving families, has urged ministers to consult with them about the objectives, scope and how to preside over the investigation.

The central demand of the group is that the hearing allow for a quick review phase.

Families fear that if ministers fail to fill gaps in UK preparation, such as PSA, and the government does not learn quickly from catastrophic mistakes in lockdowns and returning infected people to nursing homes, future lives could be lost.

However, ministers, including Health Secretary Matt Hancock, have refused to commit to meeting families as part of the investigation’s mandate.

Jo Goodman, co-founder of the family group, lost her father, Stuart, 72, during the first wave of the virus. 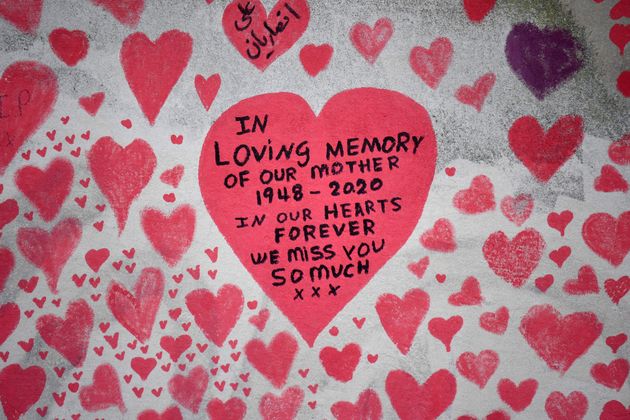 She told HuffPost UK Johnson that a meeting was postponed because families threatened legal action over the delay in the investigation.

“We are ready and ready to meet government ministers, but they haven’t set a date yet,” she said.

“Boris Johnson had previously promised to do this, but then stepped back because of the judicial review we were planning.

“We have now dropped the judicial review so there is no reason for the government not to meet with us. We are ready when you are prime minister. ”

MPs have also put pressure on the government to increase confidence in the investigation, which is likely to be traumatic for those most affected.

Birmingham Erdington MP and Shadow Cabinet Minister Jack Dromey has written to the Duchy of Lancaster Chancellor Michael Gove after questions were ignored in the House of Commons.

The letter, which was forwarded to HuffPost UK, underlines that “the country has experienced tragedy and human suffering on a scale not seen since World War II”.

Dromey stressed that the ministers “did deep harm” to families who “just want to know that the government is listening”.

The letter states that Johnson and Hancock have refused to meet families seven times, adding, “MPs throughout the House will have met with voters who have suffered huge losses due to the coronavirus. Encounters with bereaved relatives and hearing their stories are among the most difficult and emotional encounters I have been involved in since I was elected MP.

“Such meetings can only bring home the sincere desire of the bereaved that there is a meaningful public inquiry into the government’s handling of the coronavirus pandemic, with results that the bereaved can trust to be fair and reasonable.”

She added: “This is why it is so important for the bereaved that the government consults them to ensure this by agreeing on an appropriate presidency and assignments.”

The government has announced that the jurisdiction and chairmanship of the investigation will be chosen “in due course” and that spring 2022 is the appropriate time to start the hearing.

When asked about the parliamentary inquiry, Gove has suggested that families will play a role.

He told MPs: “A legal investigation is obviously the right way to ensure that all the right questions are asked and that complete answers are received.

“To make sure the investigation works, the experiences, voices, and views of those who have suffered so much must be a critical part of ensuring that it is properly drafted.”

When asked if the prime minister would meet with the group, a government spokesman added, “Any death from this virus is a tragedy and our condolences go out to those who have lost loved ones.

“During the pandemic, senior ministers, including the Prime Minister, have met and will continue to meet with bereaved.

“As the Prime Minister said, we are committed to conducting a full public inquiry as soon as possible.”