Boris Johnson is on a collision course with creatives over his government’s plan to cut college scholarships for art courses in half.

The Office for Students has proposed reducing the funding for so-called “high cost” courses at colleges and universities in the academic year 2021-22.

Course topics that will have grant funding cut by 50% include music, dance, theater and performing arts, art and design, media studies, and archeology.

The government has declared that subjects are no longer considered a “strategic priority” and would like to continue supporting courses in math, science and nursing.

The Musicians’ Union (MU) said the proposal will be “catastrophic” and Labor says students, teachers and creatives are “deeply afraid” of where it will leave the arts sector.

Labor Shadow Ministers, Jo Stevens and Kate Green, have now written to Secretary of Culture Oliver Dowden and Secretary of Education Gavin Williamson asking them to tear up the proposal.

The news came when the Home Office announced that Oscar, Grammy and Nobel Prize winners were receiving quick visas to settle in the UK. International stars who have won Bafta, Brit, Mobo, Tony or Golden Globe prizes are also eligible.

Chris Walters, the MU’s national education organizer, said the support was “essential to the production of the next generation of musicians and art professionals.”

He added, “The notice for this cut is so brief that there is likely to be chaos as courses are being withdrawn at the last minute, affecting students who have already entered courses for fall enrollment. 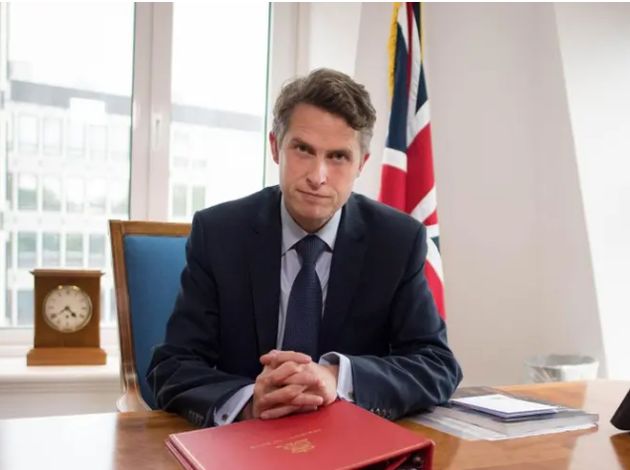 “The cut affects all students, but especially those with less privileged backgrounds who may depend on local, less well-funded institutions that cannot divert funds from other locations.

“The cut contradicts all economic logic and pulls the carpet out of our creative industry. These are worth £ 102 billion a year to the UK economy, with £ 5.8 billion worth of music alone and supporting nearly 200,000 jobs in 2019.

“Britain’s leading status in music and the arts around the world is seriously jeopardized by these cuts.”

Stevens and Green’s letter to ministers states: “To propose this cut while also providing qualified visas to recognize their economic contribution to designers, artists and creative award winners is both inconsistent and illogical.”

Labor said the cut was “a fake economy” and would make it harder for students to develop skills for careers as graphic designers or directors.

Great news: Starting today, @ukhomeoffice will make it easier for science, humanities, engineering, art, and digital technology winners to live and work in the 🇬🇧.

In 2019, the music industry contributed £ 5.8 billion to the UK economy and Labor said access to and participation in creative industries, including music, arts and theater, improves mental health and wellbeing.

The letter said: “The proposed funding cut will make it difficult for creative industries, which have suffered the dual effects of the pandemic and the incompetent management of Brexit by the government, to bring the next generation of talent through to their recovery from the Challenges stifle last year.

“If we emerge from the collective trauma of Covid, another limitation on individuals’ ability to study and advance in these subjects could undermine our world-leading creative industries to the detriment of our economy and the country’s mental health and wellbeing.

“It will also pose a risk to the teaching professions that many musicians and others have Creatives add to the inconsistent income they receive from the performance.″

It adds, “We urge you to reconsider this myopic proposal and look forward to your urgent response on this matter.”

The Education Department said the cut would “only affect a relatively small portion of college providers’ incomes” and more money would go to STEM courses.

A spokesman said: “The proposed reforms to the strategic priority grant would affect only a small fraction of the income of higher education providers.

“Good quality care on a range of issues is critical to our workforce and our society. That’s why we asked the Student Office to allocate an additional £ 10m to our world’s leading specialist providers, including several top art institutions.

“Our proposed reforms only affect the additional funding allocated to some creative issues and aim to direct taxpayers’ money towards those issues that support the skills this country needs to better rebuild, such as B. Those who support the NHS ‘high priced STEM topics. “