Britain’s Got Talent bosses have defended the acts on this year’s series, after it was revealed that around a quarter of them are professional performers or already have links to the show.

The show has faced criticism from viewers after it was discovered that many of the 60 competitors who have taken to the stage have a professional profile or have already appeared on other talent shows, including international versions of BGT.

This included Japanese magician Keiichi Iwasaki, who impressed hosts Ant and Dec so much on this year’s series that they awarded him their Golden Buzzer, fast-tracking him to the semi-finals.

It subsequently came to light that he had previously auditioned for Bulgaria, Spain and Germany’s equivalent talent shows, and even made it to the semi-finals of Italia’s Got Talent in 2016 with one of the tricks showcased in his BGT audition.

BGT bosses were previously forced to defend another of this year’s Golden Buzzer acts, Loren Allred, whose voice was featured in the hit film The Greatest Showman.

Contestant Loren Allred sang one of the songs featured in The Greatest Showman.

Responding to the latest criticism, an ITV spokesperson told The Sun: “All acts enter the competition with the hope of elevating their career to the highest level and help to reach massive new audiences which Britain’s Got Talent brings in.

“As we’re all aware, the pandemic affected so many lives, particularly those that work in the entertainment industry, and it is wrong to deny these people the opportunity to showcase their talents and entertain the nation, and ultimately perform in front of royalty at the Royal Variety Performance.

“As has always been the case, Britain’s Got Talent is open to everyone.” 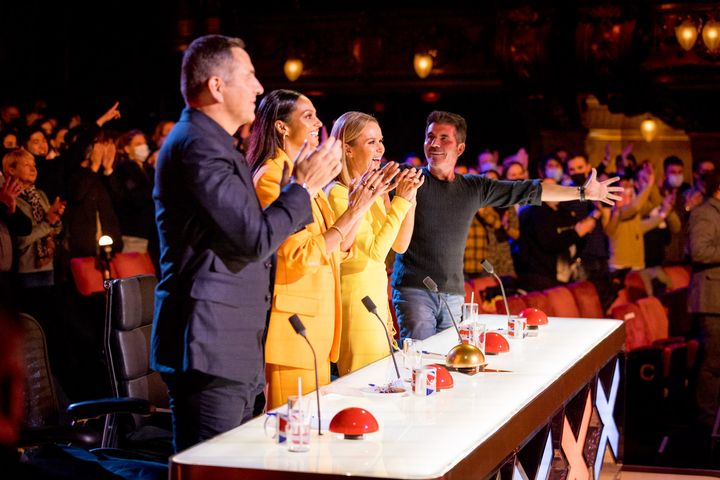 Earlier this month, Britain’s Got Talent star Jonathan Goodwin made his first television appearance since he was left paralyzed after a stunt went horrifically wrong during rehearsals for a spin-off of America’s Got Talent.

The stunt for AGT: Extreme was supposed to see the escapologist free himself and fall underneath two cars before they collided, but the vehicles were released too early and he fell 30ft to the ground, missing the safety airbag below.

“I’m not down about it. I’m doing as well as I can be,” Jonathan said.

“It was pretty gnarly. It sounds very dramatic sitting here but I nearly died… I saved my life because I fell upside down, head first to the ground but I didn’t hit my head.”

Britain’s Got Talent continues this Saturday at 8pm on ITV and the ITV Hub.

Need Anti-Getting older Retinol However For Delicate Pores and skin? We Love This Model