Pussycat Dolls star Ashley Roberts has opened up about the physical toll of being a part of the chart-topping girl group.

During an appearance on the Private Parts podcast, Ashley revealed that she was hospitalized at the height of the band’s fame as doctors feared she was suffering from a brain aneurysm.

“The thing was, we were making a lot of money in a girl band, so the schedule was outrageous,” she explained.

“I won’t lie, I broke down in the end. I was in the hospital. They thought I had a brain aneurysm.”

The Pussycat Dolls pictured in 2005

“I remember being in the hospital, I was actually here in London and I was like, ‘I have to go to Germany, I have to get on a plane now’. I thought, ‘I have to do a show’.

“When I went for an MRI because they thought I had a brain aneurysm, my knee locked up and I got this viral arthritis so I couldn’t bend my knee. The doctor said, “I think you just need to rest.” It’s wild.”

Despite the challenges of being part of the Pussycat Dolls, Ashley has also spoken out about the emotional impact of the band’s split.

“We were pretty solid going for eight years and then we spit out the other end,” she added. “And I was like, ‘Who am I without that identity in the group?’.”

Originally starting as a successful burlesque force, The Pussycat Dolls launched their music career in 2004 with their breakthrough hit Don’t Cha, released a year later.

In the years that followed, the band landed hits with Stickwitu, Buttons, When I Grow Up and Jai Ho!. 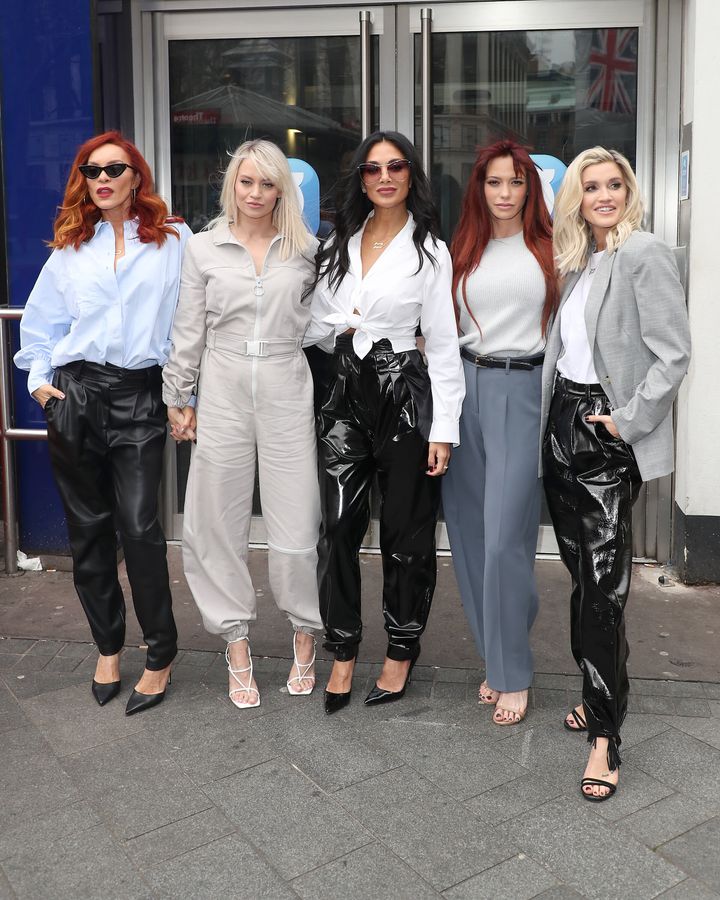 The Pussycat Dolls in early 2020 after their brief reunion

In 2019 the band announced a comeback, inclusive the release of the new single React, which they debuted during a provocative medley performance in the finale of X Factor Celebrity, sparked a spate of Ofcom complaints included.

The band was scheduled to perform an arena tour in 2020, but it was postponed indefinitely due to the pandemic and later canceled entirely due to rumours reports of a lawsuit between lead singer Nicole Scherzinger and PCD founder Robin Antin.