During the ever-changing news cycle, it’s easy to miss captivating images flying under the radar. Fortunately, we’ve got you covered.

In the past week we have been presenting extraordinary photos from all over the world.

Check them out below.

Above: This NASA-provided photo shows a partial solar eclipse as the sun rises on June 10 to the left of the U.S. Capitol in Washington, as viewed from Arlington, Virginia.

Activists are putting the finishing touches to a sand drawing of the G-7 leaders, asking them to share the vaccine and access the patents on the beach at Watergate Bay near Newquay, Cornwall on June 10 ahead of the three-day G-7 To forego the summit. Heads of state and government from Canada, France, Germany, Italy, Japan, Great Britain and the United States are meeting this weekend for the first time in almost two years for three-day talks in Carbis Bay, Cornwall. 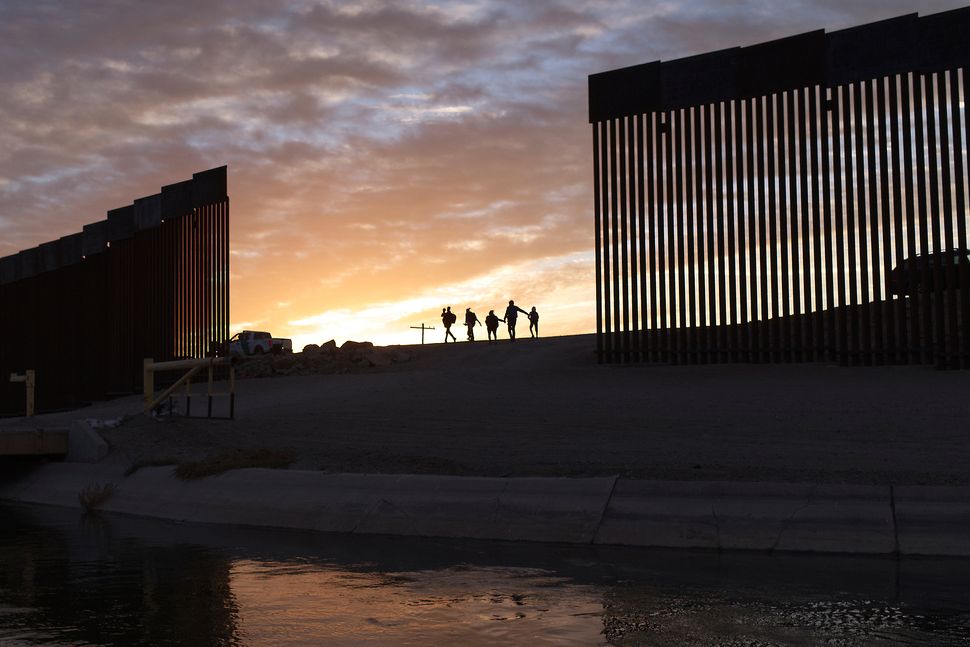 Two migrant families from Brazil passed a gap in the border wall between Mexico and Yuma, Arizona on June 10 to apply for asylum. The families are part of an influx of asylum seekers entering the Yuma region from South America and elsewhere in the United States. 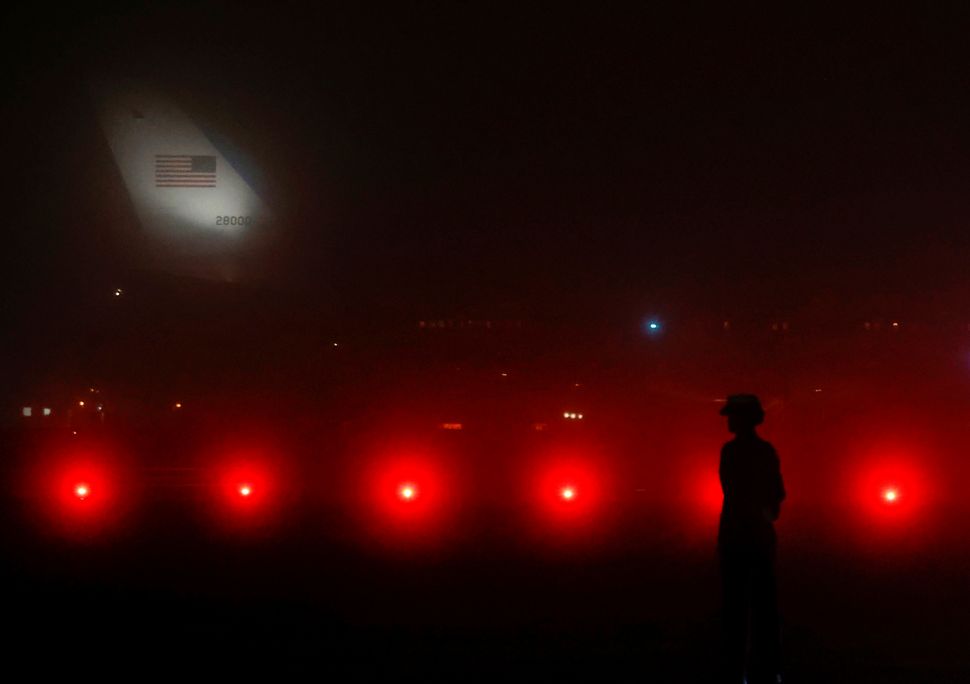 Military personnel wait as President Joe Biden and First Lady Jill Biden arrive with Air Force One at Cornwall Newquay Airport near Newquay, England ahead of the G-7 summit in Cornwall on June 9th. 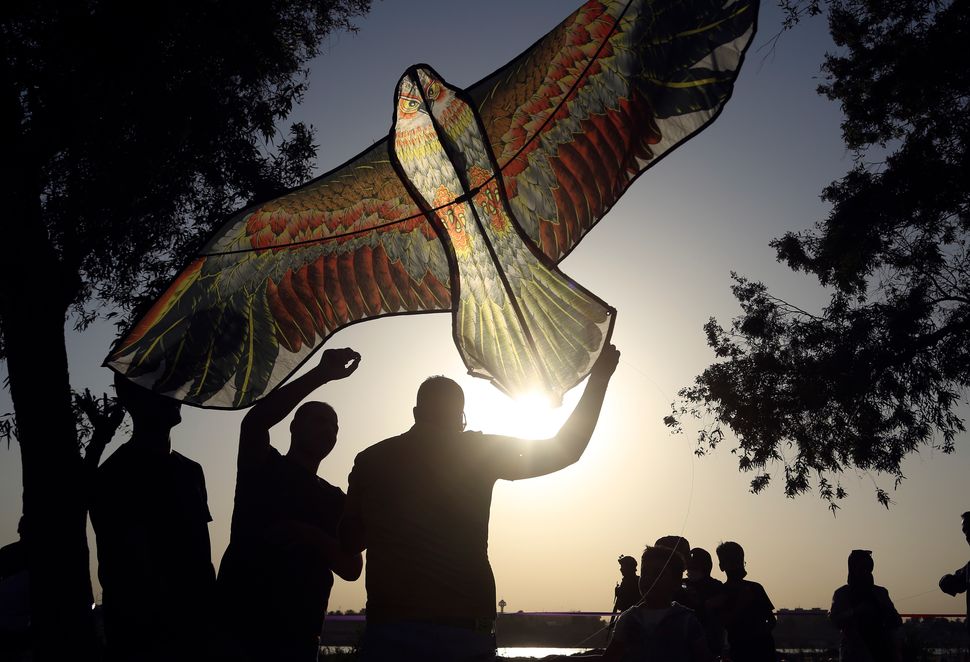 People take part in the Baghdad Kite Festival in Baghdad, Iraq on June 5. 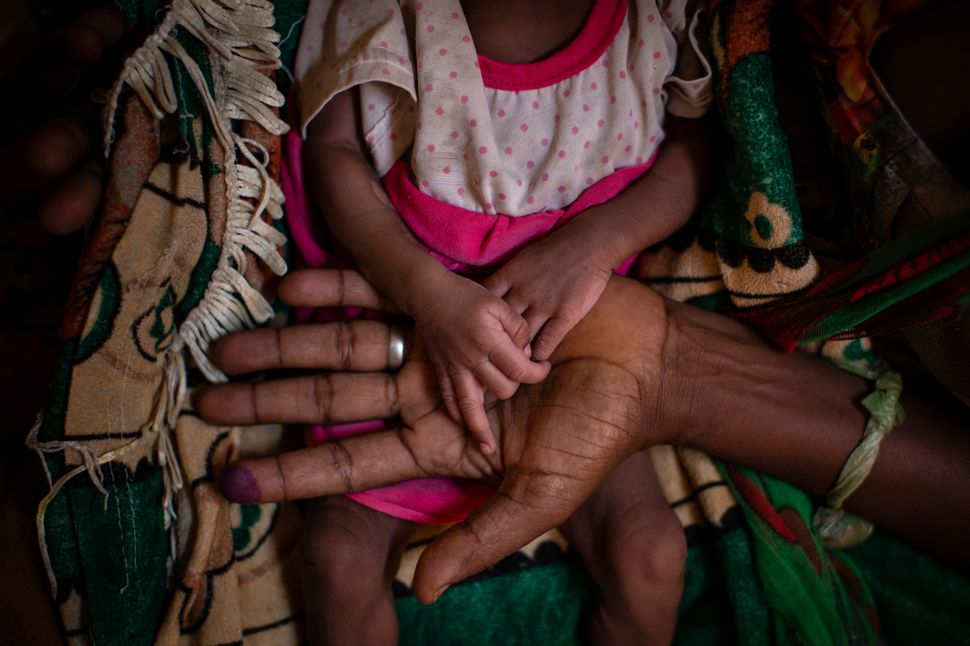 Abeba Gebru, 37, from the village of Getskimilesley in Ethiopia, holds the hands of her malnourished daughter Tigsti Mahderekal, 20 days old, in the treatment tent of a medical clinic in the town of Abi Adi in the Tigray region of northern Ethiopia, on May 11. She had the baby at home and walked for 12 days to take the starving child to a clinic. “She survived because I held her close to my lap and kept hiding during the exhausting journey.” 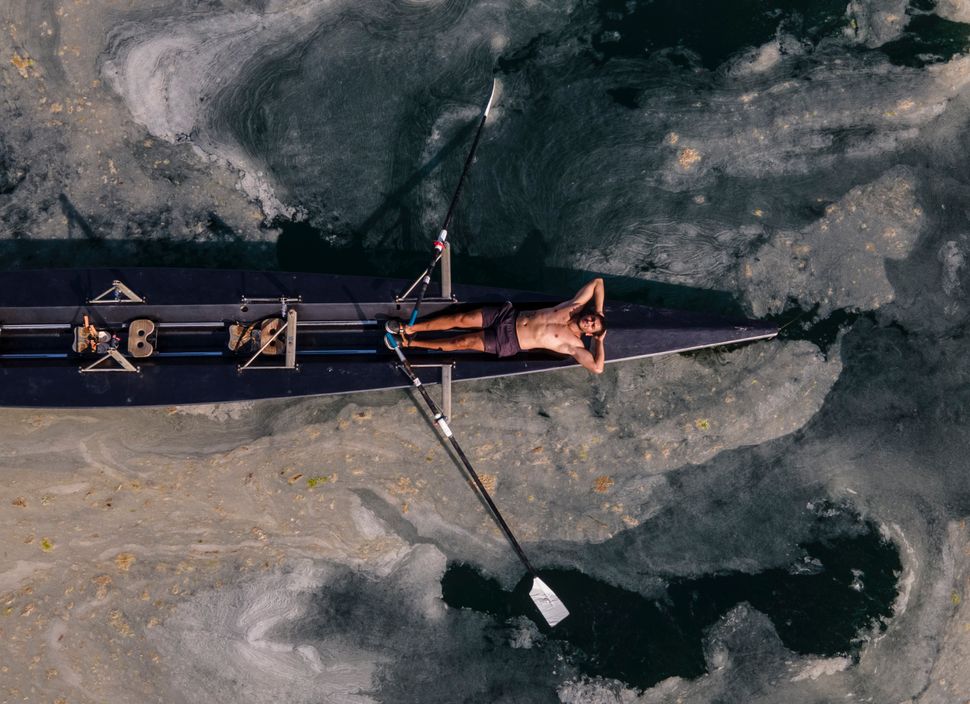 A man relaxes on a canoe on the coast of Caddebostan on the Asian side of Istanbul, Tuesday June 8, surrounded by a huge mass of sea slime, a thick, slimy substance made up of compounds released by marine organisms, in the Turkish Sea of ​​Marmara. The Turkish President has promised to save the Sea of ​​Marmara from an outbreak of “sea redness” that is alarming marine biologists and environmentalists. Turkish President Recep Tayyip Erdogan said untreated waste dumped in the Sea of ​​Marmara and climate change caused the thick, slimy substance, which is made up of compounds released by marine organisms, to bloom. 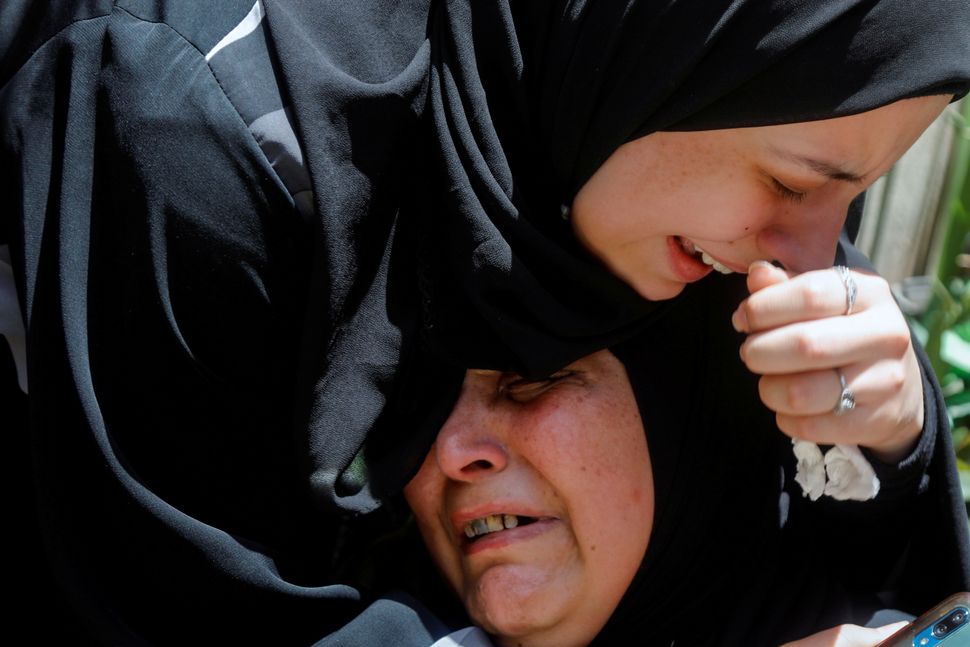 Relatives of the Palestinian security officer Adham Alioh, who was killed by Israeli forces, mourn during his funeral in Nablus, Israeli-occupied West Bank on June 10. 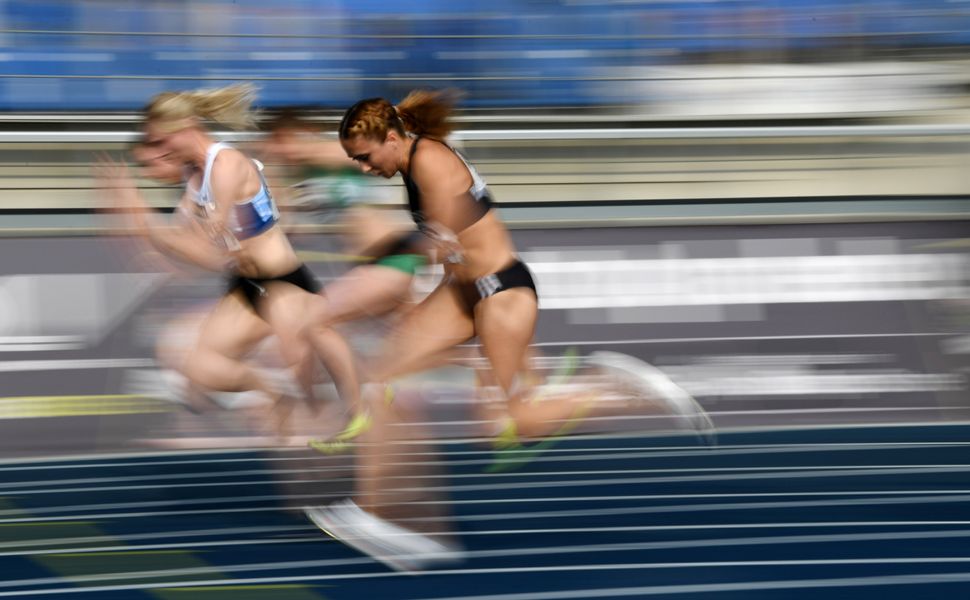 At the German Athletics Championships in Braunschweig on June 5, Rebekka Hasse is in the 100-meter semi-finals for women 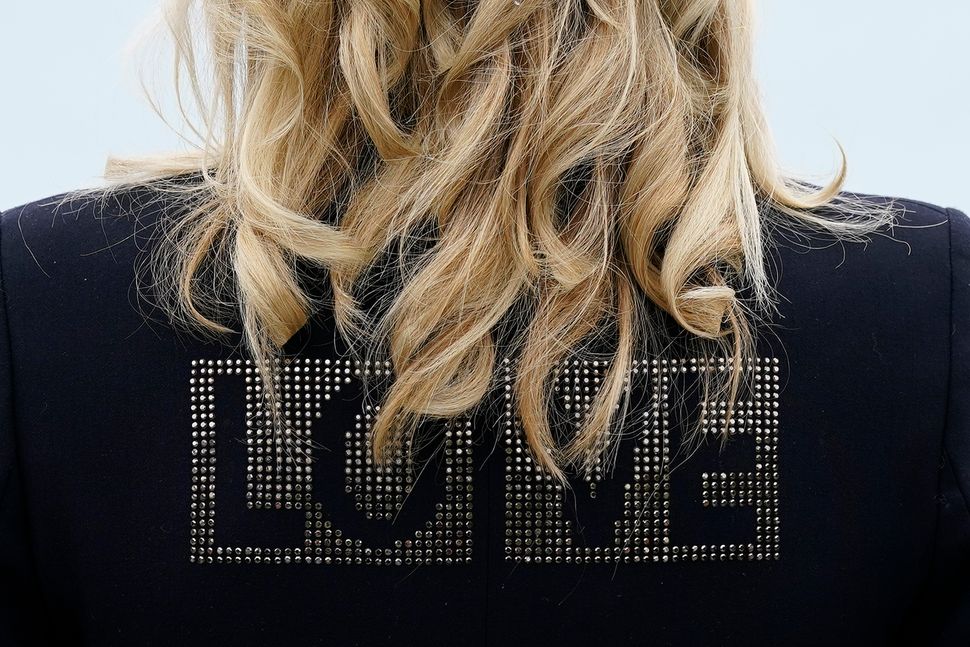 First Lady Jill Biden turns to show the word “love” on the back of her jacket as she speaks to reporters after telling Carrie Johnson, wife of UK Prime Minister Boris Johnson, ahead of the G-7 summit on Thursday, 10, in Carbis Bay, England. 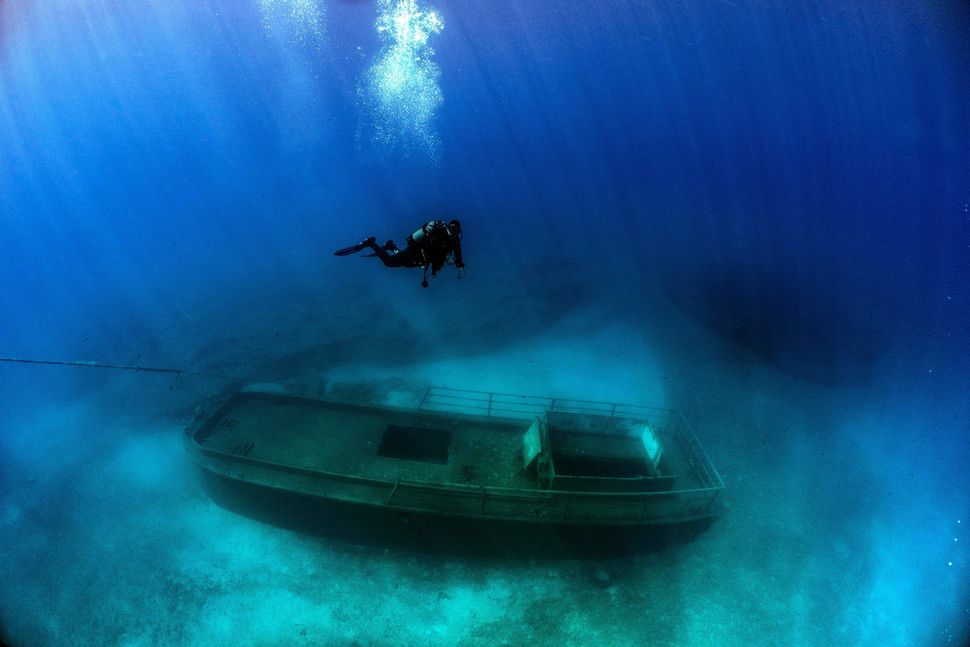 Divers participating in a project to document shipwrecks in Cyprus with 360-degree images to promote the Mediterranean island as a diving destination for tourists, photographed the Lef1 shipwreck off the coast of Larnaca on June 8th. LEF1, a 50-foot ship, was sunk to a depth of approximately 50 feet on December 10, 2019. It is one of several sunken ships in man-made reefs to promote marine life in the area. 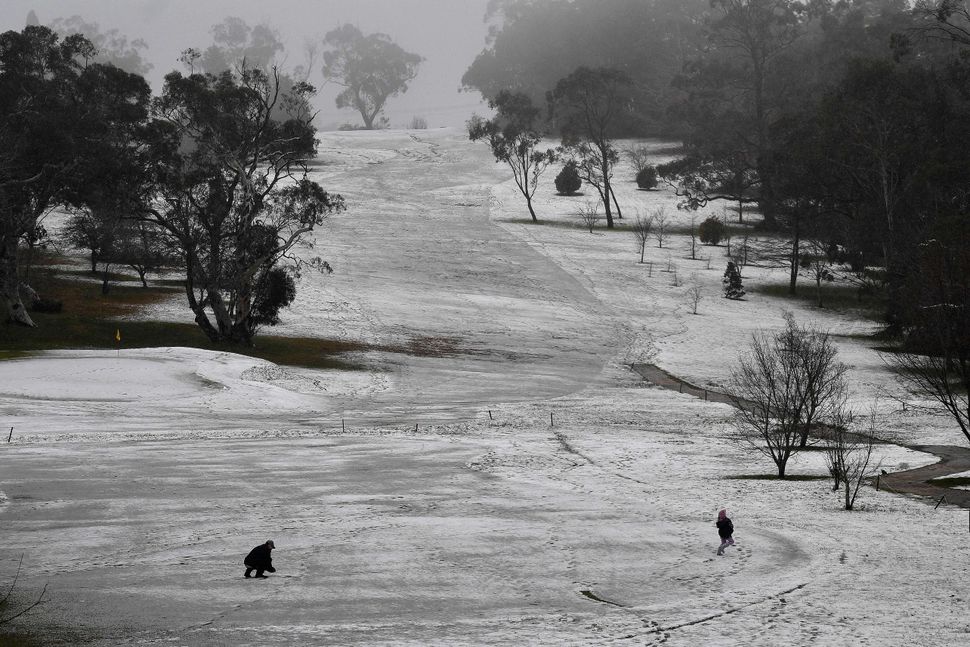 This June 10 image shows a family enjoying the first snowfall of the season on a golf course in the Blue Mountains, Australia. 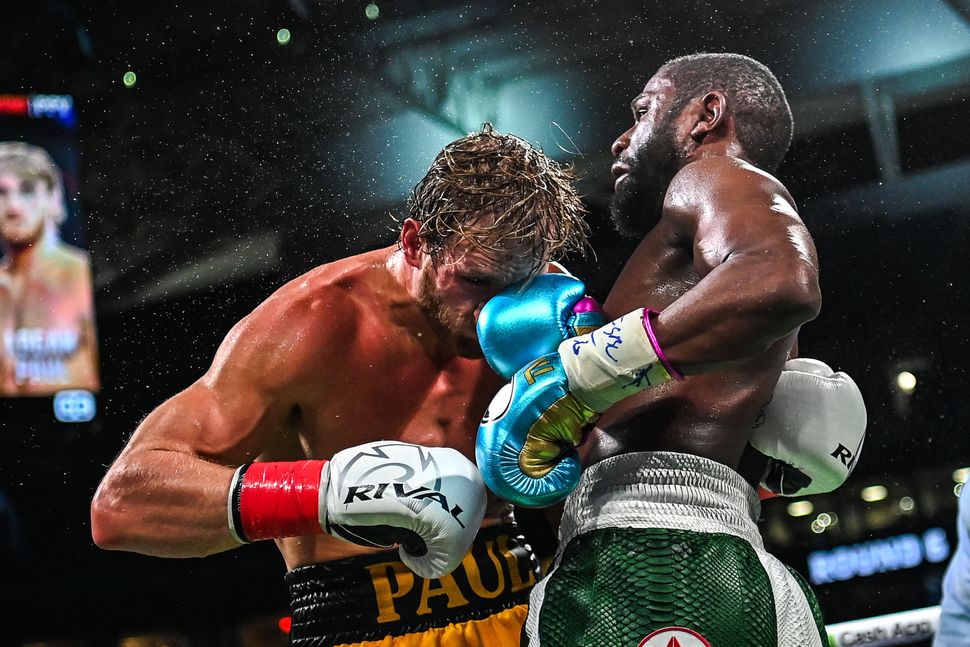 Former welterweight world king Floyd Mayweather (R) and YouTube personality Logan Paul will battle it out in an eight-round exhibition match at Hard Rock Stadium in Miami on June 6th. Mayweather, who weighed 155 pounds, dominated his 190-pound opponent much to the delight of a sizable crowd at the Miami Dolphins’ home. 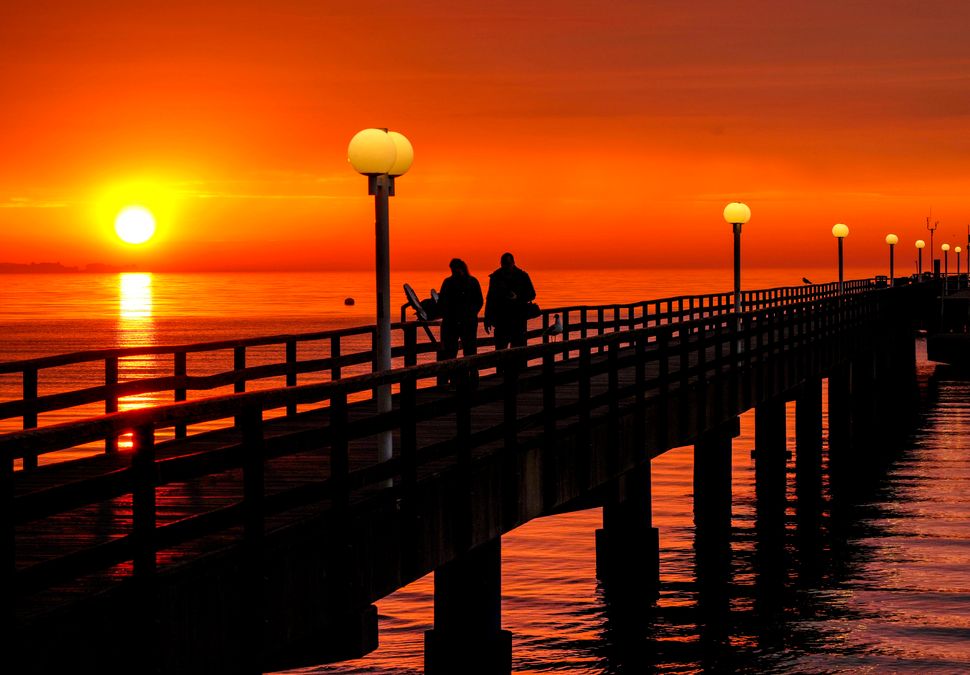 People walk on the pier on the Baltic Sea in Scharbeutz, Germany as the sun rises on Monday June 7th.

The 'Will we, will not we?' The story of June 21st is exhausting